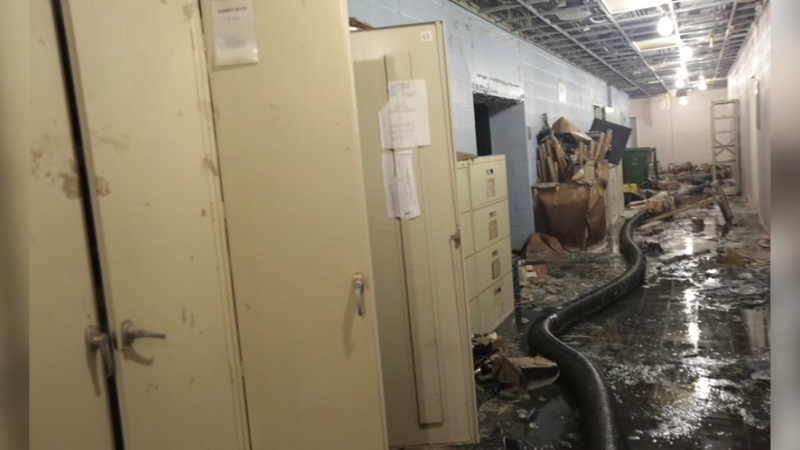 Wortham Theater closed until at least May 2018

HOUSTON, Texas (KTRK) -- In the heart of the Houston Theater District, the whirl of generators and pumpers are unending. Tubes coming out of every iconic theater building, trying to dry out a soggy mess.

While officials have known the Wortham Theater suffered the most serious damage, the word didn't come until now that it will need repairs so extensive, it will not open until May 2018. That's the optimistic prediction.

"It's heart breaking to see it under siege," says Houston Ballet Executive Director Jim Nelson. "It's like seeing your parents in a hospital bed. It's traumatic."

Nelson and his team have been scrambling. The ballet usually performs at the Wortham more than 90 times during a season, almost half of those performances being the holiday classic, "The Nutcracker." Nelson says the holiday favorite will go on, but just in a different location.

"There will be a Nutcracker, it's just... where?" Nelson said.

In addition, the Houston Grand Opera and just about every other theater group based downtown are making big schedule changes.

"The arts is very resilient," Theater District Houston executive director Kathryn McNiel said. "We will perform, just may not be in the traditional places."

When Harvey struck downtown, the theater district was severely damaged.

In fact, Harvey's damage is lasting, that throughout the northern historic section of downtown Houston, cleanup will last months. Several feet of silt and sand cover the banks of Buffalo Bayou Park. The historic Spaghetti Warehouse building is probably shuttered forever, and the smell of sewage, still wafts through the air.

But for fans of the Theater District and all that surrounds it, there is an upbeat view.

"Dancers are flexible, by nature, so we'll get through it," said Nelson, who expects to announce a new Nutcracker location in a few days. "But it will be one of the ballet's most challenging seasons ever."

On September 27th, the entire Theater District will present a variety show for free at Miller Outdoor Theater in Hermann Park. The idea is to showcase that the Houston Arts scene is resilient. It will also feature some Houston Harvey heroes. The show starts at 8 p.m., and will be free.