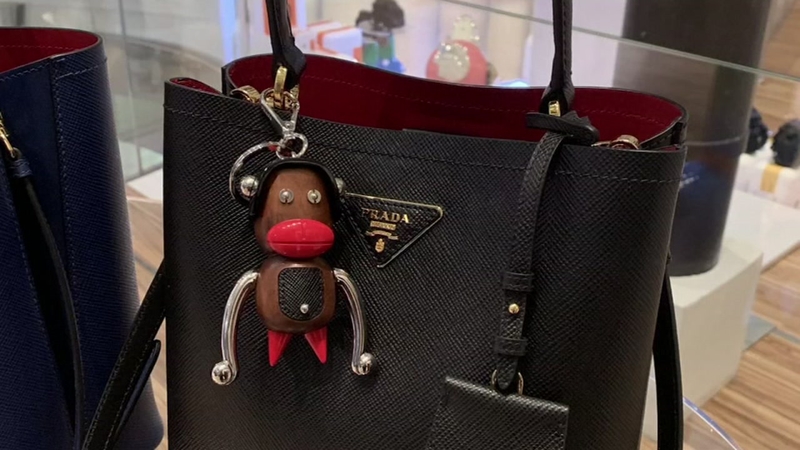 NEW YORK, New York City -- Prada is no longer selling a line of accessories and displays following complaints that they featured blackface-style imagery.

The controversy began last week when a New Yorker complained in a viral Facebook posting after walking past a Prada boutique in Manhattan's SoHo district and noticing what she described as a "racist and denigrating" caricature in the storefront.

The Italian fashion house had recently launched a series of luxury keychains and trinkets, including one showing a character with brown skin and exaggerated red lips.

Prada Group released a statement saying that it "abhors all forms of racism" and that the imaginary creatures were not intended to "have any reference to the real world and certainly not blackface."

The statement said it was withdrawing the characters in question from display and circulation.
Report a correction or typo
Related topics:
societybusinessu.s. & worldconsumer
Copyright © 2021 by The Associated Press. All Rights Reserved.
More Videos
From CNN Newsource affiliates
TOP STORIES