Frankfort cop suing for pregnancy discrimination: 'I still can't believe this goes on in 2017' 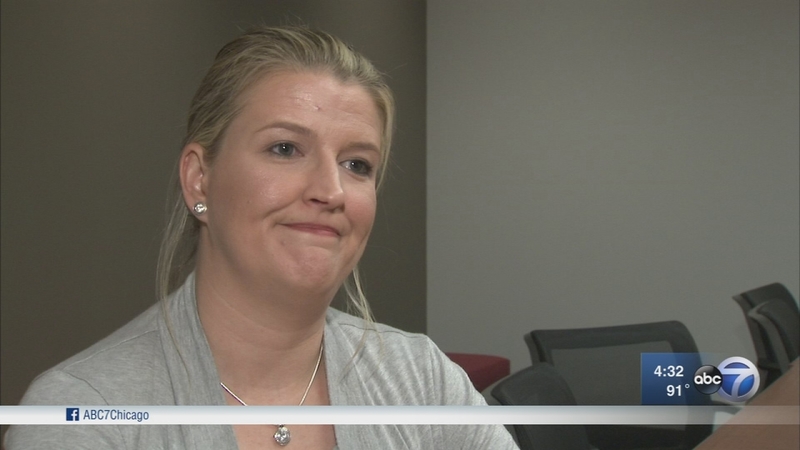 FRANKFORT, Illinois -- The police officer in Illinois who is suing her own department for pregnancy discrimination gave her first television interview Monday.

The veteran officer said she was forced to take unpaid leave to protect her pregnancy.

"I still can't believe this goes on in 2017, and that this has to be an issue at all," Officer Jennifer Panattoni said.

The issue has now become a lawsuit, 13 months after her baby boy arrived. On the force for 14 years, Panattoni said she couldn't believe what she was told when she became pregnant.

"Originally my chief said he only had to treat me like someone who had broken a leg; if I couldn't work, I had to stay home. That's what hurt the most," she said.

Monday, with an American Civil Liberties Union attorney by her side, Panattoni told ABC7 Eyewitness News she was refused safety equipment that fit.

"I wasn't allowed to have a bulletproof vest that fit. It was getting so tight it was hard to breathe," she said. "I could feel, sitting in my squad car with my vest popped open, and my bulletproof vest open and my duty belt, I could feel my son kicking against the duty belt underneath."

She said she was also denied non-patrol duty, and forced to go on leave without pay months before her due date.

"I identified a bunch of different jobs I could do, such as follow-up with witnesses, or working on crime prevention," Panattoni said. "Everything that we had brought up had just been denied."

"The Frankfort Police Department's actions were clearly in violation of federal and state law. They really are supposed to work together under the law to try and find an accommodation that works. And again, an employer cannot place a pregnant worker on leave when another accommodation is available," said Amy Meek, ACLU attorney.

In a written statement, the Village of Frankfort said it believes it complied with state and federal law, and the village intends to defend these allegations.

Panattoni, now mother to a healthy 1-year-old, said she is suing for change.

"I love my job, love the village, love everybody I work for. I would hope they would come up with new policies to prevent this kind of thing from happening in the future," she said.
Panattoni said she was Frankfort's first female patrol officer to become pregnant, and just wants fair treatment. She is back on the force as a senior patrol officer as the lawsuit moves forward.