KTRK
By Deborah Wrigley
HOUSTON, Texas (KTRK) -- For days, people on Kieth Harrow Boulevard in northwest Harris County had seen a dachshund wandering in the area.

The dog had no collar, no tags, and was leery of anyone who tried to catch her.

New Year's Eve, she made her way to the parking lot of a club, where Laurie Bergeron and her husband were celebrating.

"People were talking about a dog that had fireworks strapped to the body," Bergeron said.

She went outside to see it for herself.

"She was in pain and she was fearful, and she was hurt." Bergeron said. "But she didn't run from me."

Her injuries were severe.

"There was a big burn wound on her back and pieces of fireworks stuck to it," she said.

Bergeron and her husband took the dog home and did what they could to help her.

A few hours later, Clint Bergeron and a neighbor took the dog to an animal emergency clinic.

"She was scared of noises," she said. "And the duct tape used to hold the fireworks to her body had melted, and it had to be shaved away. "

It's unknown who committed this animal cruelty, igniting fireworks taped to a small dog, and watching it endure the pain that followed.

"The fact they could do that, then move on without a care makes you wonder what their heart is like," said neighbor Devon Clay, who helped take her to an emergency clinic.

Dachshund Rescue of Houston was advised of the dog's injury and agreed to take it into its rescue.

"Because she had no tags, or microchip and was living on the streets, we're able to do that," said Toni Rumley, with Dachshund Rescue of Houston. "She's sweet and even now she's beginning to trust people."

The rescue named her Meg Rayburn.

Thursday, Meg was spayed, and the burn wound on her back is healing.

"We dealt with cruelty cases before," said Rumley, "but never before encountered one that involved torturing an animal with fireworks tied to its body."

Meg left the clinic with a foster family, who will help her transition to life inside a home, with people she can trust.

"We'll carefully screen adoption requests and find her a loving owner," Rumley said, "but it's likely she'll always be scared of loud noises and fireworks." 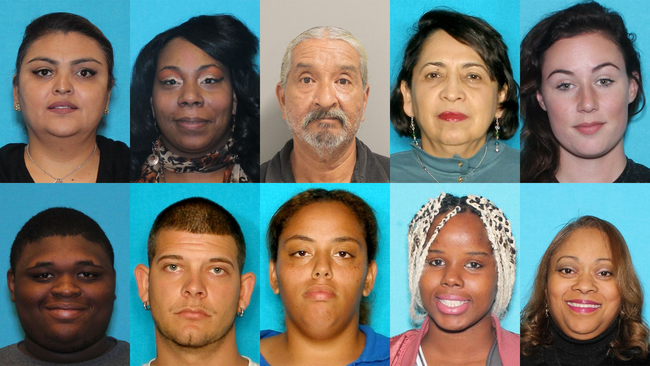