Woman's priceless heirloom found after being lost on Houston flight 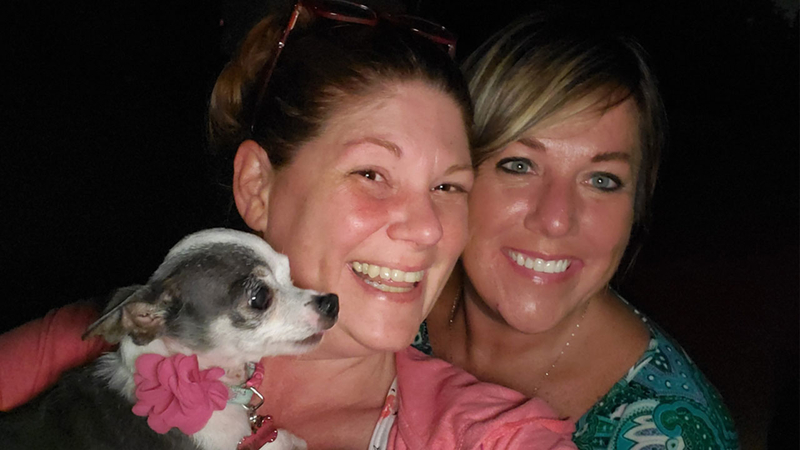 HOUSTON, Texas (KTRK) -- A Houston woman hoping for a miracle after losing a priceless heirloom, her late great grandmother's ring, has much to celebrate tonight.

Rikki Neel said the ring must have slipped off her finger on United Flight 489 from Denver to Houston on Saturday evening.

She said she snapped a selfie onboard and then another photo shortly after. The ring was missing from her hand.

The ring is a yellow and white gold band. It's large. Maybe 9 or 10 in size. It has sunflowers and a scroll with three crosses on it.

"It was well loved and well worn," Rikki said.

Rikki filled out a form with United Airlines after discovering her ring was gone, hoping someone who passed through Bush Airport might find it.

"Devastated," she said. "I kind of feel like I let my grandmother down."

But when all hope seemed lost, some good news came about an hour before this story went on air on ABC13 Eyewitness News.

Rikki says United Airlines reached out to her to tell her they found the ring in lost and found.

Good things really do happen, friends! I’m happy to report thanks to this @united employee by the name of Jen ... the missing ring is back with Rikki. 👏🏻 #abc13 pic.twitter.com/Nuij71x00D

We're so happy they have been reunited, Steve! ^BK

@weareunited doing great things for our customers. So happy I was able to reunite Rikki with her great grandmothers ring! #beingunited #IAHproud https://t.co/YTS52vfjYJ