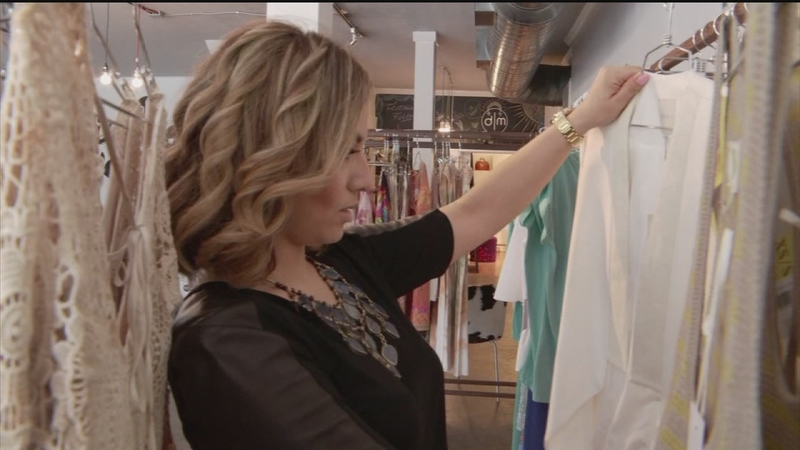 HOUSTON (KTRK) -- At the end of last year, there were over 150 million blogs on the Internet. With such a saturated market, it's challenging to gain a big following these days. But that's not the case for Houstonian Yvonne Guidry. Her blog, Spoiled Latina is receiving national attention.

"I started a blog to create my own voice on the internet," says Guidry.

The name of her blog, which started back in 2008, came from what was supposed to be an insult.

"I named it Spoiled Latina because I was called a spoiled Latina by somebody. I guess I was trying to take control of a situation," explains Guidry.

However, she took it as a compliment.

"I use it to empower my own self. We don't spoil ourselves enough, especially in the Latina community. I feel like my mom is always in the kitchen, cleaning the house, taking care of the grandkids. There are so many things she's doing, besides spoiling herself," Guidry said.

The entertainment, beauty, fashion, and parenting blog has thousands of eyes.

"My following is young, sophisticated, classy, educated women who are modern day Latinas. We grew up in the US, we speak English. We are American Latinas," she says.

One set of eyes happened to be college Freshman Mason Galindo.

"I kind of read her blog, went through her tweets, and I was like, 'She's a mom, she's a blogger, she's a marketer, and she's a wife. How does she do that?'" says Galindo.

That was four years ago; she reached out to Guidry and landed herself a job. In turn, Guidry took on a new title: role model.

Keeping the blog positive and classy has paid off.

"Cosmo reached out to me. That was my first big one. It's huge," Guidry said.

Since then, several more magazine features and more ways Guidry can empower others.