KTRK
KILLEEN, Texas -- Vanessa Guillen's family members said Fort Hood's plans to honor her through the construction of a memory gate is progress by the base.

Guillen family members were at the military base in central Texas on Tuesday where they met with Fort Hood leaders to provide input for the gate.

In a statement by Fort Hood's commanding general, Lt. Gen. Pat White III, Guillen's family was invited to "discuss and review design concepts and survey a proposed site of a gate we plan to name in Vanessa's honor."

White added, "Their input is important for our final design that will come to fruition over the next few months."

According to Lt. Gen. White, the gate would lead to the 3rd Calvary Regiment area where Guillen served.

It's also accessed by thousands of soldiers, civilians and families every day. The Guillen family added the memorial shows the new command at Fort Hood listened to their concerns.

"They paid attention and it means a lot compared to the first couple of months that we had to struggle so much to find her," said Lupe Guillen, Vanessa's sister.

The full statements from the Guillen family and their attorney are in the video above.

Last month, four-star Gen. John Murray, along with other Army officials, stopped by the Guillen family home to speak with them as part of the ongoing investigation into her death.

"They're still looking for the real reason why Vanessa was murdered," said Vanessa's sister, Lupe Guillen, said at the time. "The only thing we're looking for is real answers, real justice."

She said military officials plan on releasing information at the end of November.

14 Fort Hood soldiers fired or suspended over violence at base

Army to fire, suspend Fort Hood troops over violence at base 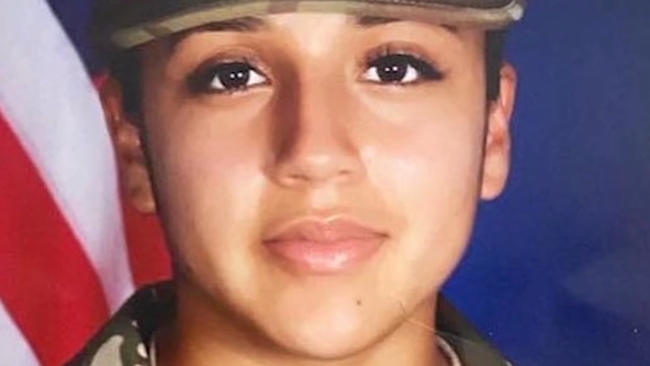