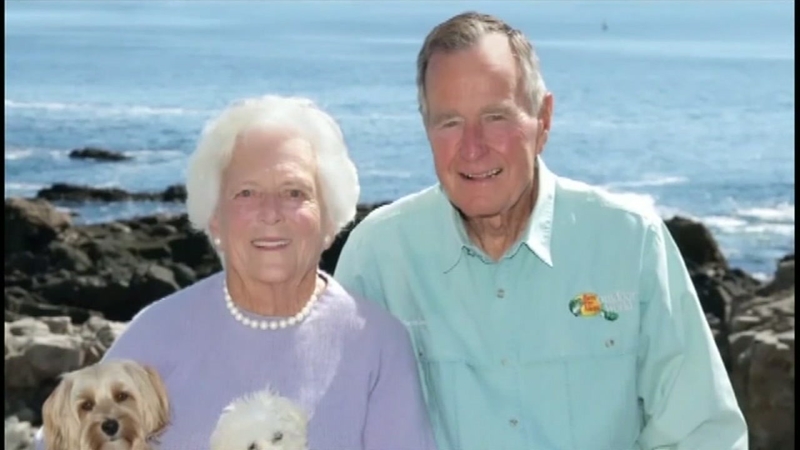 A source close to the Bush family tells ABC News she is suffering from heart and respiratory failure. She's recently been in and out of the hospital.

Since the news about her failing health was made public Sunday afternoon, many Houstonians have offered prayers and support.

A common word has been used to describe Mrs. Bush: humble.

Many have said she's a mighty presence, but at the same time, she and husband President George H.W. Bush are regular people.

In fact, Mrs. Bush's condition is top of mind for workers at Molina's Cantina on Westheimer, where the Bushes have been customers for years.

"Very powerful people and they come into the restaurant just like anybody else. They're just two regular people and they don't look at you any different. You feel that that they're approachable and you can talk to them, and wait on them, and you feel comfortable doing it," said Maria Sanchez, manager at Molina's Cantina.

Mrs. Bush is also close friends with Jim "Mattress Mack" McIngvale. He speaks highly of her, telling ABC13, she's an inspiration and a force for good.

Barbara, wife of former President George H.W. Bush, served as first lady during his presidency from 1989 to 1993.

A letter recently released by Bush 41's presidential library offers a glimpse into his tender relationship with his wife Barbara.

Mr. and Mrs. Bush have been a fixture in the Houston community during their retirement years.