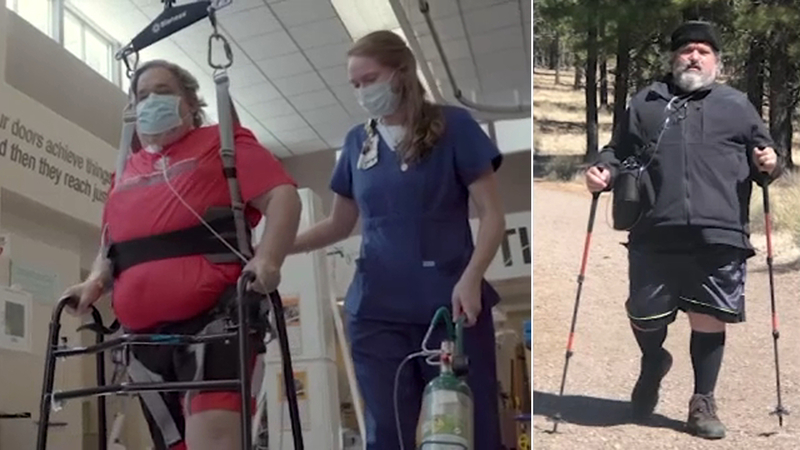 HOUSTON, Texas (KTRK) -- Doctor Joseph Lashley said, for him, walking is miraculous and the chance to walk the Grand Canyon was once a thought beyond his wildest dreams.

The former ER physician contracted COVID-19 nearly a year ago. Doctors said there was a strong chance he would not make it.

He said he remembers getting sick and thinking he could fight the illness at home.

"Next thing I know, I was on a ventilator and intubated for 39 days," Lashley said. "I had a tracheotomy and did not see my family for that time period."

He suffered a stroke, spent three months in the hospital and ended up at TIRR Memorial Hermann in the Texas Medical Center where a team of doctors, nurses and therapists helped him get back on his feet.

"I was taken aback by how limited his mobility was, and it just nailed home how severe the coronavirus is," said physical therapist Kathy Gordon.

"He was unable to sit up for himself," added his occupational therapist Megan Cleveland. "He was unable to put clothes on himself, getting to the bathroom for showering and toileting. All those things were things he needed assistance with."

Starting from scratch, he began setting goals for himself. Among them was the chance to go to the Grand Canyon with his wife and children. Though he admits at first mention, it was a joke.

"As limited as I was a year ago, I never really thought I'd be doing much of anything," he said. "Did I ever think it would really happen? I really didn't. But, as things kept progressing, as things kept getting better, I said we should probably try to do this and have a good goal set up for myself and for my kids so we could see if I could achieve this. That's what we shot for, and we made it."

They made it thanks to his determination along with his family's support. The family was able to take their trip and brought therapists Gordon and Cleveland along with them.

"This man is really brilliant at setting goals and doing whatever it takes to achieve them," Cleveland said.

Lashley still needs assistance walking and is still on oxygen, but he is improving. He has new goals, and the glorious steps he took are just the first of a second chance at life after beating the illness.

"As we get past the COVID scare I want people to get outside and enjoy the things our country has to offer," he said. "Because there's some really neat stuff for us." 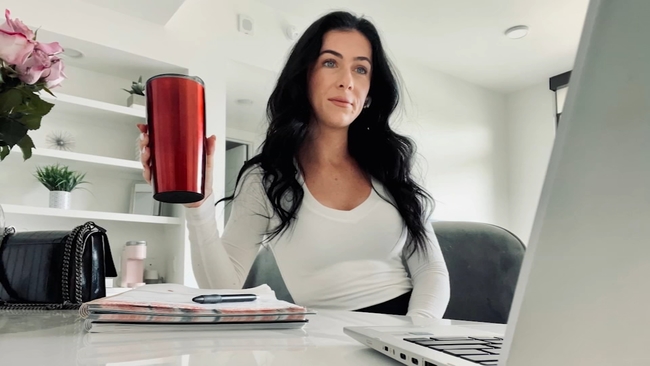 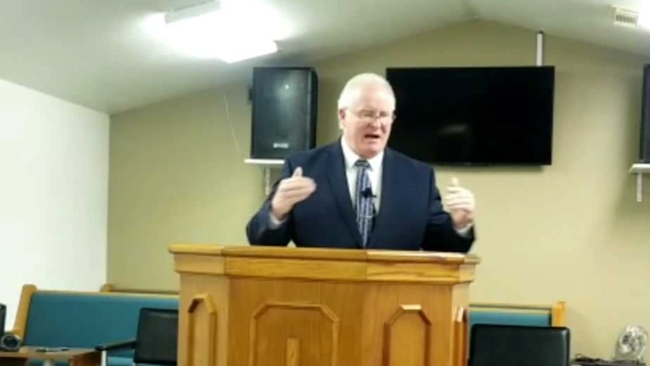 TX pastor in need of lung transplant after contracting virus Couple stranded in Mexico after testing positive for COVID-19 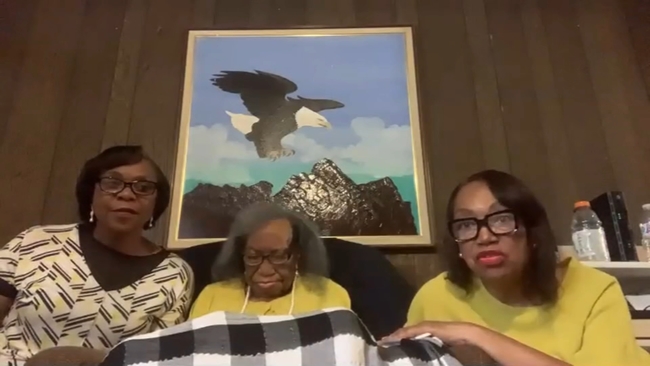