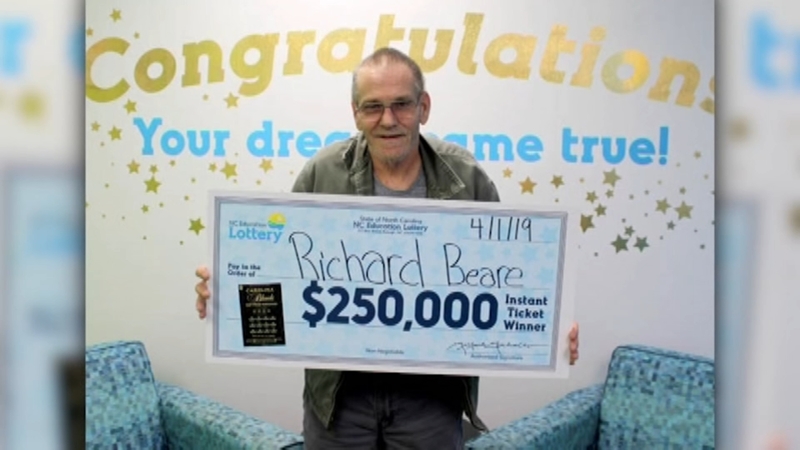 CHARLOTTE, N.C. -- A North Carolina man and his wife are set to embark on a trip of a lifetime, thanks to a big scratch-off lottery ticket win.

He bought the scratcher a couple of weeks ago when his wife sent him to the store for a Powerball ticket.

Beare is a retired automotive mechanic who was recently diagnosed with stage four liver cancer.

He says he's going to use the money to travel while he can still enjoy it.

The Carolina Black lottery ticket launched in early March and has four top prizes of $250,000.