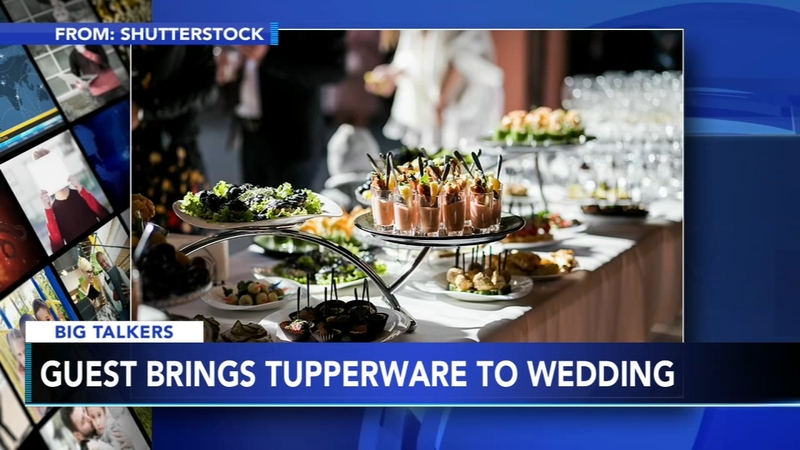 Most of us wouldn't think twice about slipping a piece of cake into a napkin for later at a wedding, but would you feel the same about someone who loaded up 10 Tupperware containers?

That is the scenario one woman from western Pennsylvania had to deal with at her recent wedding.

In the wildly popular Facebook group, "That's It I'm Wedding Shaming," the newlywed wrote that her dad's friend asked if he could bring his daughter and her husband to their small wedding.

She agreed, only to discover later that the guest brought seven containers to take food home and three containers for dessert, plus she swiped a few floral centerpieces.

The bride made sure to point out the woman was not struggling financially, and instead wanted to bring things back for other family members.

Though most comments were of the horrified variety, some maintained it wasn't a big deal, saying any additional food would have been wasted anyway.