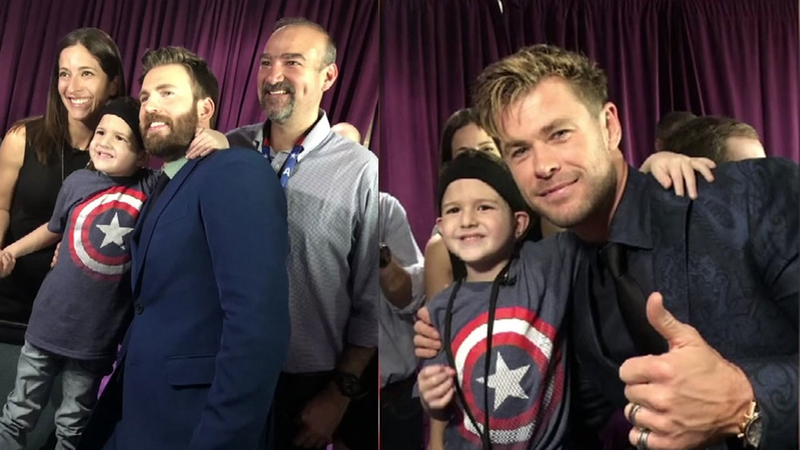 Pipe is fighting a battle of his own -- a rare form of brain cancer he's had since he was two years old.

"Having to hear the words 'brain cancer' and 'son' in the same sentence, it can be pretty scary," said Pipe's father Gerardo Muyshondt. "Our life was pretty perfect before then, and then upside-down in a snap."

Three and a half years since Pipe was diagnosed, he's already been through seven surgeries. From El Salvador, Pipe is being treated at MD Anderson.

Muyshondt says, "Each surgery is more complicated than the one before."

During his most recent surgery, Pipe got a surprise message from Captain America, himself, actor Chris Evans.

"Hi Pipe, Captain America here, how you doing buddy? So listen, I just read all about you and I just had to let you know I think you are so strong and so brave and I am so impressed, you could definitely fight with us on the Avengers," said Evans in the video.

His family couldn't be more excited.

Muyshondt said, "The day before his surgery, we showed him the Chris Evans video and that guy is just amazing. He was actually inviting him to become an Avenger and saying that he admired him because of his courage and all the strength in this battle and it not only made him stronger, it made him happy."

Pipe made it through his most recent surgery and he and his family were invited to the red carpet premiere of "Avengers: Endgame" in Los Angeles.

"We know what he must've felt because we deal with a superhero every day. He's our superhero, and we love him so much, but that's how he felt when he met his superheroes, who are all these people from the Marvel universe," said Muyshondt.