Man threatens to "bash child's head in" with a sledgehammer 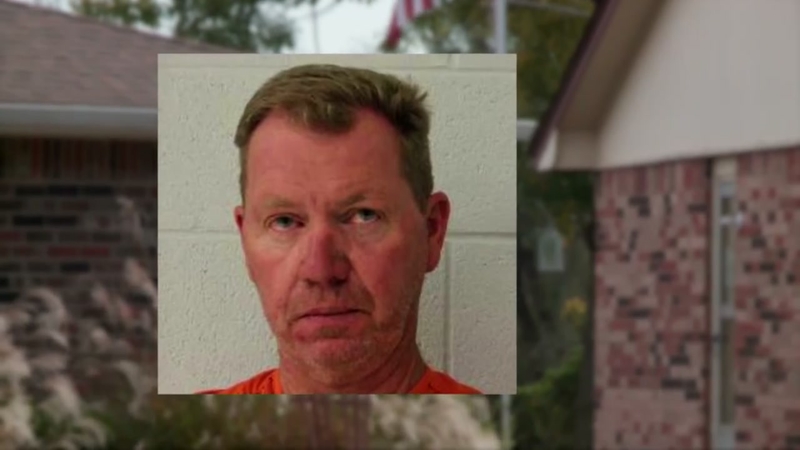 ENID, Oklahoma (KTRK) -- An Oklahoma man is accused of threatening a young boy, and a neighbor blames the threats on alcohol.

Teryl Sean Kirkpatrick, 50, has been has been charged with two felony counts of assault with a dangerous weapon and one count of resisting an officer after a neighbor says he threatened to bash her son's brains in with a sledgehammer.

Heather Eckenrode, the mother of the child, tells KFOR, "It's Dr. Jekyll and Hyde. Because during the day, he's fine. He's a lovely neighbor. But one night, he was anything but that."
Eckenrode explained that Kirkpatrick had gotten into an argument with her husband outside their homes.

She took her husband inside the house and that's when she noticed her son was still outside.

She said, "My son hadn't come in the house yet and he was leaning up against the car. I could hear my next door neighbor talking to him. And as I rounded the corner he had a sledgehammer and was threatening my son and telling him that he's going to bash his brains out."

According to court documents, police found Kirkpatrick with the sledgehammer in his hand, 'bloodshot watery red eyes' and smelling like 'alcoholic beverages.'