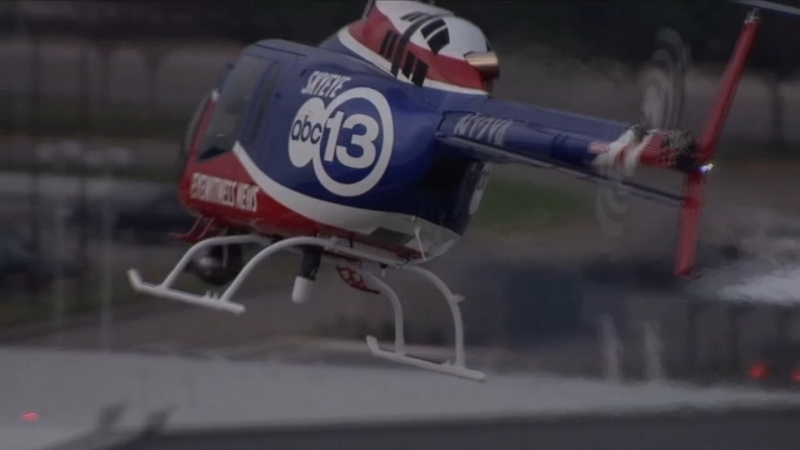 Katherine Marchand gives you a closer look at SkyEye13

The brand new SkyEye13 is faster, and more high-tech than any news helicopter in the area. We are able to provide you with the best perspective of traffic and breaking news.

When Hurricane Harvey hit the Houston area, SkyEye 13 was there touring the damage, but when the chopper lifted, Traffic Anchor Katherine Whaley said the flooding made it hard to tell people the areas they needed to avoid.

"It was really difficult to see which roads we were over, where we were covering because those landmarks were disguised by water," Whaley said.

But the next time there's extreme flooding, that won't be a problem. SkyEye13 has new technology called Skymapping. It will identify where news happens by displaying highways and streets right on your screen.

SkyEye 13's state of the art camera can also zoom in for an even better view.

HOVERING OVER HOUSTON: How gorgeous is the city from this perspective??

ABC13 Eyewitness News Reporter Katherine Marchand took her first helicopter ride to give you a closer look at the chopper. Plus, get to know one of our ABC13 helicopter reporters, Tammy Rose who has been flying for two decades. Watch the video above.