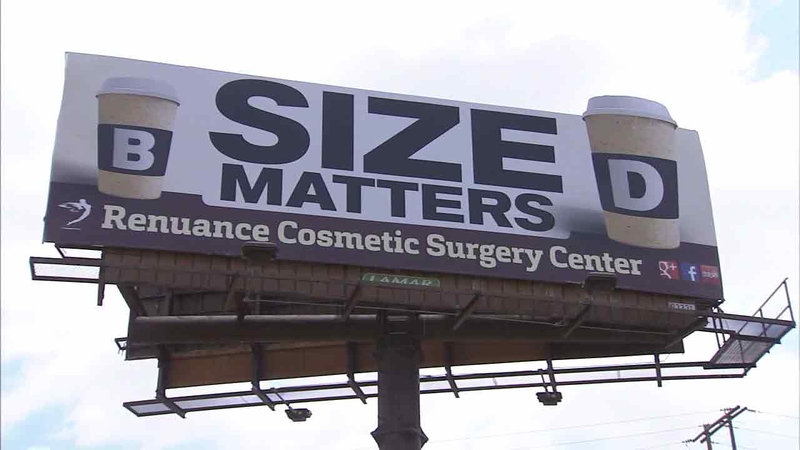 MURRIETA, CA -- In Murrieta, there is a growing argument over a billboard that some say shows too much.

The billboard along the 15 Freeway has created a bit of controversy by implying "size matters" when it comes to a woman's breasts.

Plastic surgeon Dr. Brian Eichenberg put up the ad in January to advertise his most popular procedure - breast augmentation.

He admitted he's gotten some flack but said the billboard is really about prompting a discussion.

"One of the reasons we put this billboard up was to promote discussion about women's health and it's meant to be a joke," he said.

No everyone, including 15-year-old Anna Gorski, sees it that way.

Gorski started a petition three weeks ago, asking the billboard be taken down, and the high school sophomore said the petition received more than 600 online signatures.

Murrieta residents were also weighting in on the matter.

"Yeah, it is offensive, you know, 'cause of what it says," said resident Vadira Dejon. "'Size matters.' If you don't have it, you're not worth nothing. I think it is offensive."

A similar billboard in Jackson, Michigan, was taken down following a public outcry.

Eichenberg said that's how he got the idea for the billboard, but he doesn't believe people should read too much into it and claimed "size doesn't matter."