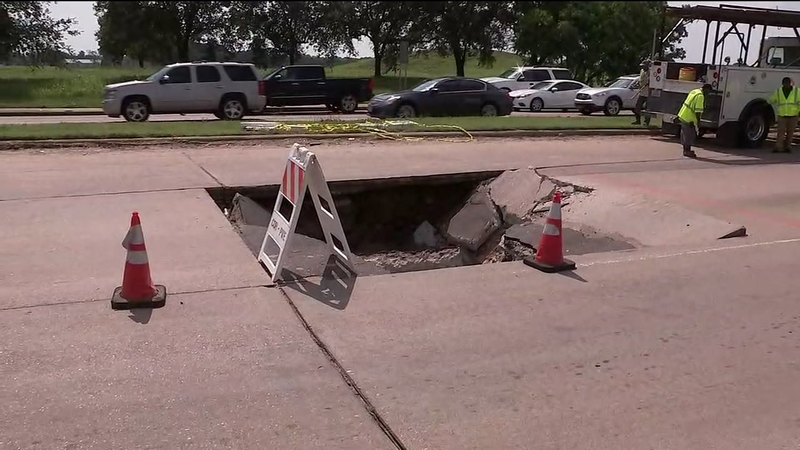 HOUSTON, Texas (KTRK) -- Officials blocked off a busy road in southwest Houston for hours after a construction vehicle went into a sinkhole.

According to city officials, workers were investigating part of South Post Oak at Gasmer Drive for apparent settling.

"Workers decided to use a concrete breaker to investigate the problem. During the process, part of the road collapsed," a statement read.

SkyEye 13 captured video of officials pulling the construction vehicle out of the sinkhole.

The employee was not hurt.

Crews will investigate what caused the sinkhole. During the process, two lanes will be blocked off.

After the problem is solved, crews will repair the panel of the road.