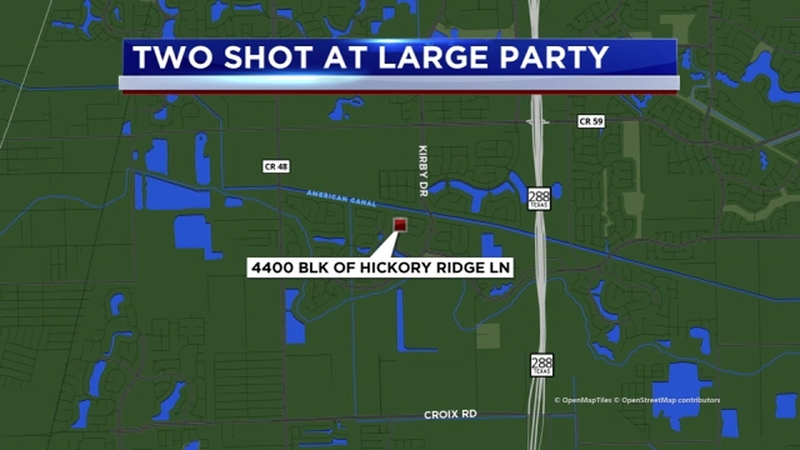 BRAZORIA COUNTY, Texas (KTRK) -- Two young adults were shot at a large party being held at an Airbnb near the Manvel area on Saturday, according to the Brazoria County Sheriff's Office.

Investigators arrived at the scene and said they found two young adults shot. One was shot in the foot and the other victim was checked out by first responders. Both victims were released and expected to be OK.

The shooters are said to have left in a dark-colored car.

Witnesses said the home where the party was being held was being rented out as an Airbnb.