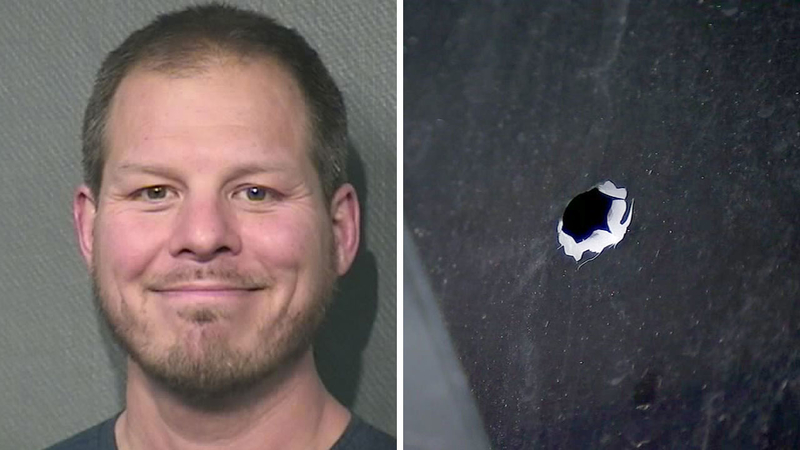 HOUSTON, Texas (KTRK) -- The Village School has responded after they say a security guard fired at least three shots when a man tried to run over him.

The school says the man was not legally permitted to enter the grounds and the security guard is not seriously injured. They also say that all of their students and faculty are safe.

The full statement reads:
"Yes, there was an incident outside The Village School concerning an individual who is not legally permitted to enter school grounds. There was an altercation between the individual and our security guard which resulted in the security guard discharging his weapon after he had been struck by the individual's vehicle. The individual left the campus area in his vehicle. The security guard was not seriously injured. The authorities were alerted immediately and are still investigating the situation. All of our students and staff were and are safe. We'll provide updates as we go through this investigation."

Constable Ted Heap said gunshots were fired outside the school on Gentryside Drive near Whittington on Tuesday after Steven De La Torre was turned away because he was not allowed at the school. De La Torre has turned himself in.

Heap said a security guard noticed the man's car, which was pulling a trailer, approaching the school and recognized him as someone who had a restraining order against him.

The guard used his vehicle to block the man's automobile, according to Heap.

A security guard at the Village School, fired shots at a parent who tried to run him over, according to investigators.

Heap said the guard exited his vehicle and was approaching the man when De La Torre drove his car towards the guard.

The guard fired five or six rounds at the man, according to Heap.

The guard was not injured.

The constable said that a restraining order was filed by a coach at the school and that the suspect's ex-wife is in the process of filing one against De La Torre.

Shooting Update: Steven Delatorre, 42, has been arrested and charged with aggravated assault. Delatorre turned himself in to Precinct 5 deputies on his own accord this evening and was arrested without incident at the Precinct 5 command station. pic.twitter.com/CAZkGoKKuh