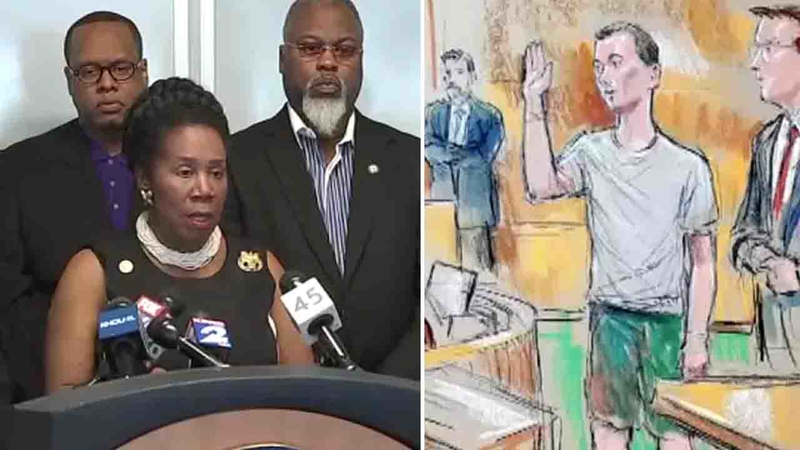 WASHINGTON (KTRK) -- A former intern for Houston-based Congresswoman Sheila Jackson Lee has been sentenced to four years in prison for posting the private information of several Republican U.S. senators on Wikipedia.

Jackson Cosko pleaded guilty to the act, which is also known as "doxing."

The sentence is also for committing a series of burglaries and sophisticated data theft at the office of Senator Maggie Hassan (D-New Hampshire) and obstruction of justice, where he tried to silence a witness by threatening to release the private information of a senator's children.

Jackson Lee said last October when the allegations surfaced that Cosko, who worked in her D.C. office, was fired as soon as she found out he was facing charges.

"Our office, our permanent staff, had nothing to do with this behavior and we condemn it," said the congresswoman at the time.

"This is a sad, unfortunate act, and it is a criminal act and it shouldn't be condoned," said Jackson Lee.

The congresswoman says her office is popular with interns and its doors will stay open as long as they obey the law.

Cosko was sentenced Wednesday after pleading guilty to five felony counts. Following his time in jail, he will have three years of supervised release.

The information for the senators was released during the Brett Kavanaugh hearings last year.