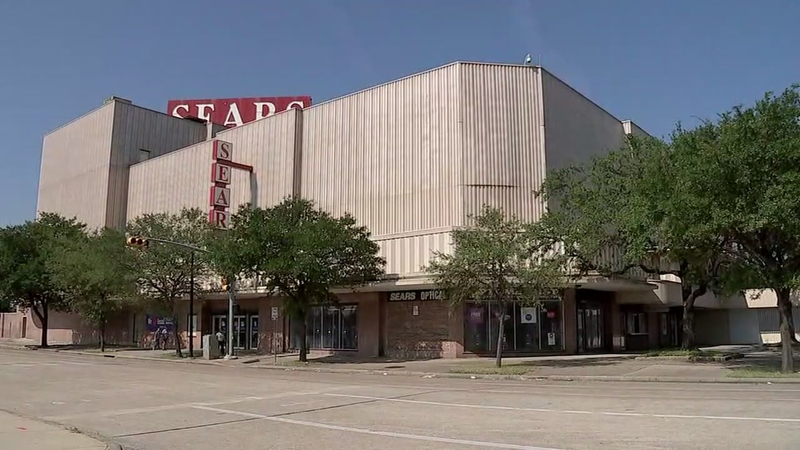 HOUSTON (KTRK) -- A trip down the escalator at the Sears in Midtown Houston features hints of the holidays, appliances, and a full store despite plans to close in just months.

"I was kind of nostalgic because they've got Christmas items there, and I'm from the era of getting the Sears Christmas Wish Book," Long said.

Rice owns the Sears property and released a statement attributed to Rice President David Leebron which says in part:

"The Rice Management Company will initiate a yearlong study to consider options that contribute to the ongoing revitalization of the surrounding community as well as the city's broader economic strength. In this process, we'll consult with many actors and experts, including the Urban Land Institute, city officials and our own Kinder Institute for Urban Research."

Some favorite retailers closing all or some of their stores

The Midtown Redevelopment Authority has championed years of revitalization in Midtown. We spoke with one of their partners in that effort, Steven Spears of Design Workshop.

"I just can't see how this isn't an extraordinary opportunity," Spears said.

Spears points to the property's position between downtown and the Texas Medical Center, along the rail line, and near the Southwest Freeway.

He says the redevelopment will hopefully serve Midtown, but also become a major hub featuring anything from retail to restaurants, daycares to dry cleaners, creating a genuine mixed use development for the corridor.

"I think this stop in this area has an opportunity to help serve the local needs but also a much larger reach to a larger much urbanized area of Houston," said Spears.

There is also discussion about the preservation of the building because of the art deco architecture beneath the present facade.

Sears warns regulators that the company may have to shut down.