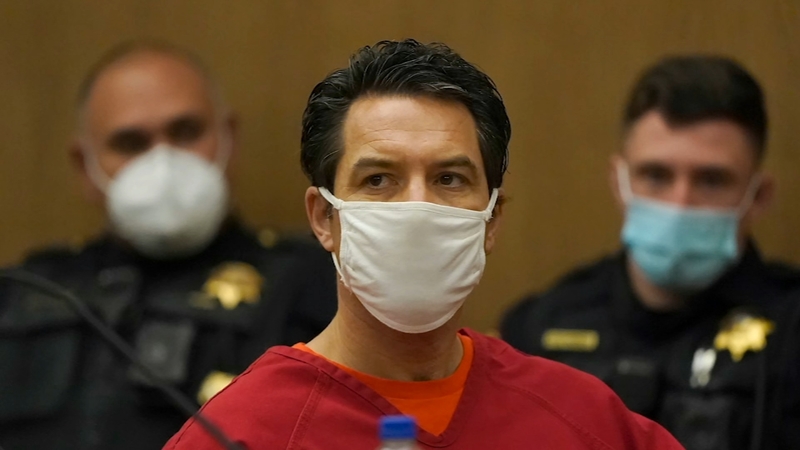 REDWOOD CITY, Calif. -- Convicted killer Scott Peterson's chance for a new trial in the murders of his pregnant wife and unborn son 20 years ago hinges on whether a California juror who helped send him to prison in 2004 amid worldwide publicity was biased because she was a domestic violence victim.

Though she is identified in court documents only as Juror 7, Richelle Nice used her name when she co-authored a book about the case with six other jurors. During the trial, her dyed red hair made her recognizable and earned her the nickname "Strawberry Shortcake." 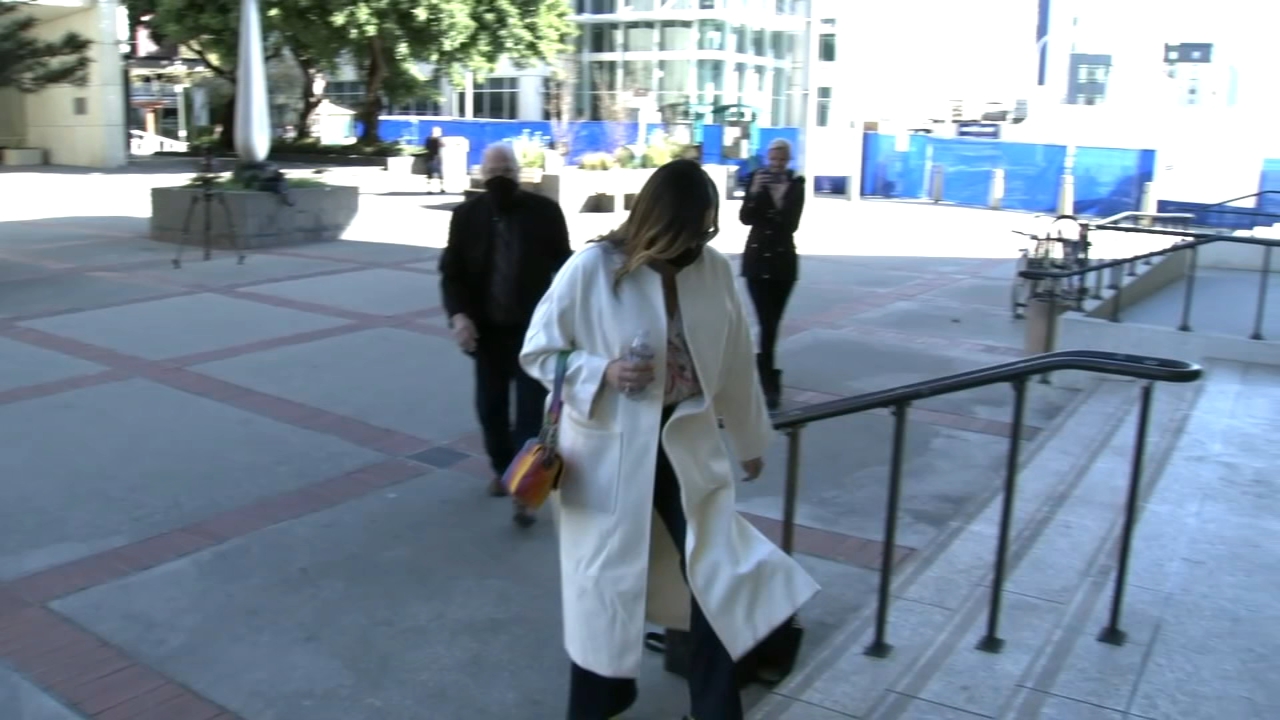 Image of Richelle Nice walking up the stairs at Superior Court of California, County of San Mateo in Redwood City, Calif. on Friday, Feb. 25, 2022.

Nice took the stand Friday morning in a Redwood City courtroom at a hearing to determine if Peterson should receive a new trial. Her appearance, under a grant of immunity from prosecution, comes at the start of a weeklong hearing centered on whether she lied about her history with domestic violence to get on a jury so she could vote to convict Peterson.

"This hearing is critical," said Pat Harris, one of Peterson's attorneys. "This is his chance to show that she did commit misconduct and to have the whole thing thrown out."

Scott Peterson was convicted of murder after his pregnant wife Laci Peterson went missing from her Modesto home.

On Friday, Nice said she did not have negative feelings toward Peterson before the trial started.

In 2017, she told the Modesto Bee that she did not lie on the juror questionnaire in order to get onto the jury to "fry Peterson."

Nice has been granted immunity for her testimony in this hearing. She will not face any charges of perjury. The Peterson legal team asked her Friday to confirm it was her signature on the jury questionnaire and that she knew at the time she was supposed to answer truthfully or face charges of perjury.

Peterson, from Modesto, was convicted in 2004 of killing his 27-year-old wife Laci Peterson when she was eight months pregnant with their son, whom the Petersons planned to name Conner. Investigators said that on Christmas Eve 2002, Scott Peterson dumped his wife's body from his fishing boat into San Francisco Bay.

Peterson was eventually arrested after Amber Frey, a massage therapist living in Fresno, told police they had begun dating a month before Laci Peterson's death. She said he had told her his wife was dead. Peterson has maintained his innocence throughout.

Although the state Supreme Court threw out Peterson's death sentence and ordered Superior Court Judge Anne-Christine Massullo to decide if Nice tainted his trial, it said "there was considerable other circumstantial evidence incriminating Peterson."

If Peterson gets a new trial, Harris said they can present new evidence that burglars were nearby on the day Laci Peterson disappeared, that witnesses saw her alive that day, and that her fetus was "alive for at least another five to six days" based on an examination of the fetal remains.

However, prosecutors said Peterson's attorneys have presented no evidence to support their assertions that he deserves a new trial because Nice had a "darker motive" to be on the jury "and was in essence a stealth juror."

Depending on Nice's testimony Friday, Peterson's attorneys plan to put on witnesses including fellow jurors and co-authors of their book, "We, the Jury." They also want People magazine reporter Johnny Dodd to testify about the "extraordinary" 17 letters Nice wrote to Peterson after his conviction and the eight letters Peterson wrote to Nice.

One day after convicted murderer Scott Peterson was resentenced for killing his pregnant wife Laci, his family is still split on his innocence.

Two filmmakers who worked on the post-trial television documentary "The Murder of Laci Peterson" are to testify that they noticed on Nice's wall a photograph of a child wearing pajamas that said "Little-man."

Justin Falconer, a fellow juror before he was discharged, could testify that Nice talked a lot about Conner, referring to him as "little man." Peterson's attorneys say he would also testify that Nice said she was having financial problems and that they joked about post-trial book and movie deals.

To have his conviction thrown out, Peterson's attorneys must show Massullo that Nice committed misconduct and did so "based on a bias toward convicting Scott," Harris said.

Nice answered "no" on a juror questionnaire when she was asked if she had ever been a crime victim or involved in a lawsuit. She said in a sworn declaration that she didn't "feel 'victimized' the way the law might define that term," and didn't think the restraining order was a lawsuit.

Her new attorney has told both prosecutors and defense attorneys that she will cite her Fifth Amendment right against self-incrimination until she is granted immunity from any prosecution for perjury.

The attorney, Geoffrey Carr, said he insisted on immunity to protect his client from things that are stated with certainty in last year's sworn statement but where she might hedge on the witness stand.

"Most of the substance of it is correct, but not all, and some of it is a matter of how you interpret stuff," he told The Associated Press. Sometimes "the language is more assertive" in the sworn declaration than it was in reality.

"I'm not anticipating bombshells" or "any surprises about what she's going to say," Carr said. He said he's telling Nice that "her only obligation at this point is to tell the stone bloody truth."

Stanislaus County prosecutors are sparring with Peterson's attorneys over the significance of Nice's refusal to testify without immunity.

"A juror's refusal to cooperate in an investigation of her own misconduct may well evidence her bias," Peterson's attorneys said in a court filing, adding that "a witness has lied under oath is certainly relevant to credibility."

But prosecutors said that "should Juror No. 7 exercise her privilege against self-incrimination ... no inference be drawn as to the witness's credibility."