KTRK
On July 20, 1969, astronaut Neil Armstrong stepped down from Apollo 11's lunar module onto the surface of the moon, the first human in history to do so. By touching down on the lunar surface, Armstrong and his fellow Apollo 11 crew members Buzz Aldrin and Michael Collins changed the course of history inspiring generations across the globe.

The journey to the Apollo 11 mission was a process that stretched back several years. In 1961, President John F. Kennedy gave a speech to Congress, asking for a robust space exploration program that would put a man on the moon. The speech came just a month after Russian cosmonaut Yuri Gagarin became the first man to enter outer space, and just shortly after Alan Shepard became the first American to enter space.

RELATED: 11 of the 12 people who have walked on the moon all trained in this small North Carolina town

In 1962, Kennedy spoke at Rice University in Houston, further stressing the national goal to reach the moon.

"We choose to go to the moon. We choose to go to the moon in this decade and do the other things, not because they are easy, but because they are hard," Kennedy proclaimed. "Because that goal will serve to organize and measure the best of our energies and skills, because that challenge is one that we are willing to accept, one we are unwilling to postpone, and one which we intend to win, and the others, too."

Kennedy's dream was realized in 1969 with Armstrong, Aldrin and Collins' successful voyage. When Armstrong stepped down onto the moon's surface, he uttered the immortal words "that's one small step for (a) man, one giant leap for mankind."

The trio returned to Earth as heroes, with their successful voyage considered one of the greatest accomplishments in history. Since then, humanity's exploration of space has broadened exponentially, with Armstrong and the Apollo 11 crew's journey having inspired countless generations to reach for the stars.
Report a correction or typo
Related topics:
sciencenasamoonu.s. & worldspacemoonwalkneil armstrongthis day in historymoon landing 50th
Copyright © 2021 KTRK-TV. All Rights Reserved.
THIS DAY IN HISTORY 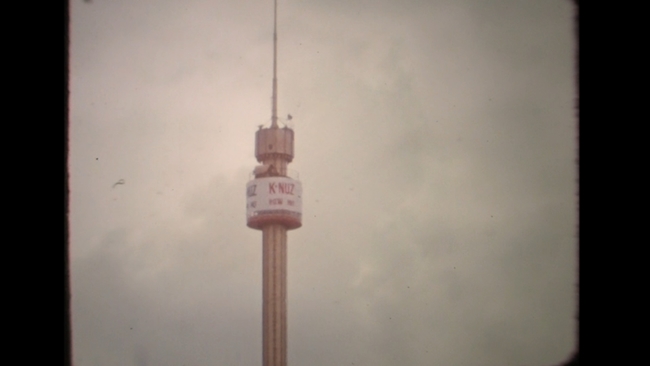 50 years ago today: The Astroneedle protest

1 year ago today: 1st confirmed COVID-19 case in US