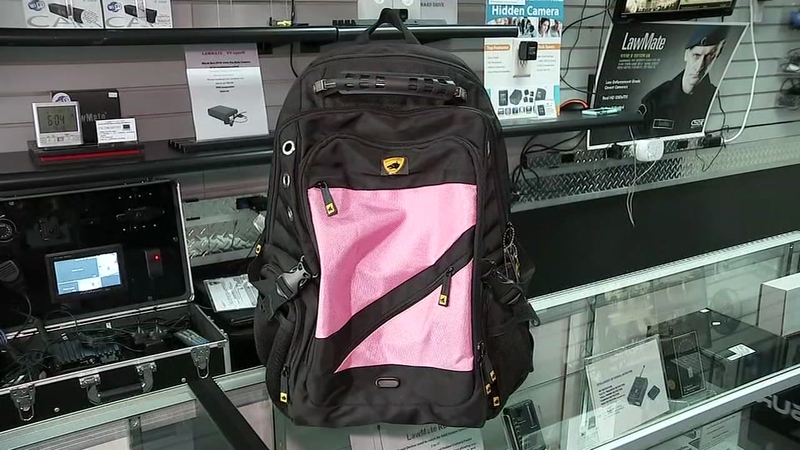 HOUSTON, Texas (KTRK) -- As the number of school massacres across the nation has grown, some companies have taken steps to reinvent every day items that students could use to protect themselves.

Companies that make the backpack claim it will be able to stop various types of ammunition.

"I guess that's just the harsh reality of the world we live in today," said parent Nick Barnett.

The Seabrook resident began looking for something to protect his two high school aged children after seeing the carnage from the shooting in Florida this week.

"It's still just kind of mind blowing that you even have to think about it," he said.

Kevin Quinn has more on the bulletproof backpack.

Barnett hopped online to buy one and found that many were already sold out. Instead he purchased a liner that can go inside and can be moved from bag to bag.

Visually the backpack appears not much different than an average student backpack. It even weighs about the same, just under four pounds. But, there's a Kevlar panel in the back of it which the manufacturer says will stop some serious firepower even from close range.

Samantha MacPherson with Guard Dog Security told Eyewitness News they started making and selling the backpacks after the tragedy at Sandy Hook. She added that they have seen an increase in demand for the product since Parkland. It comes with a certification showing it was tested by an independent lab certified by the National Institute of Justice and that it withstood a total of 10 shots from just over eight feet from a .44 caliber and a 9 millimeter handgun -- without penetration.

"Being how close they were to it and it's just no penetration, it's just really amazing. It really would make somebody feel very secure," said Tonnie Coleman at Central Spy Shop in northwest Houston.

They have sold out of the backpacks since the Florida shooting.

Coleman says they usually only sell one or two a month. The backpacks cost around $200.

Barnett says it's a small price to pay for the piece of mind they help provide.