Mother upset after her child goes missing after school 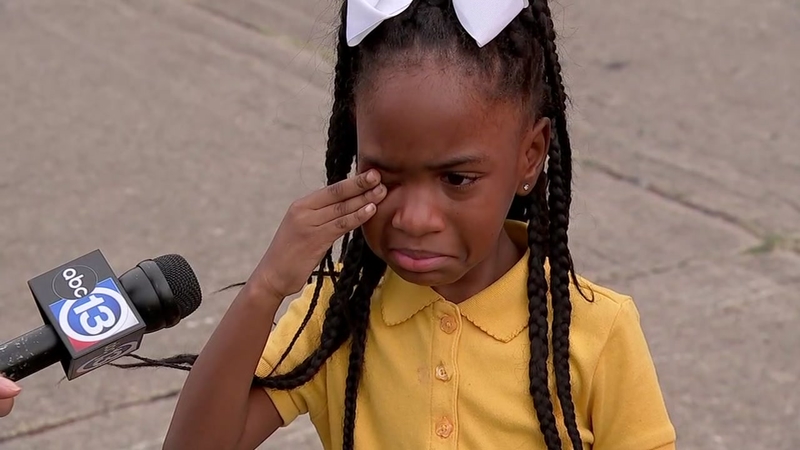 A Houton mother is upset after her child failed to get on the bus after school.

HOUSTON, Texas (KTRK) -- Little Kiane Jacobs is in tears today, crying because she now understands just how worried her mother was after she walked away from school with a friend, instead of taking the bus.

"(She wanted me) to go to her house, and they kept begging me and begging me," said the kindergarten student at Billy Reagan K-8 school.

The 5-year-old is supposed to be picked up by a private bus daily from school and dropped off at her home a few blocks away.

However, on Monday, the bus driver couldn't find the little girl and quickly called her mother, Kiyama Jacobs.

Turns out, the kindergartner and her neighbor, another 5-year-old girl, decided to leave the school and walk home with an older sibling.

Teachers assigned to dismissal duty apparently didn't notice the girl did not get on the assigned bus.

"The two girls, Kiane and the other girl, were holding hands walking from the campus. They assumed that Kiane walked off campus with them, that's how they got home."

Tuesday afternoon, Kiane's mother met with the principal, and the school promised to reiterate to teachers the proper dismissal procedures. Jacobs says the teachers should have paid closer attention to the students, but accepts the school's sincere apology.

She has also reaffirmed to her daughter not to go home with friends, even if they just live across the street.

"She could have went anywhere, one of the kids could have taken her, we don't know," said Kiyama.

On Monday, one of our students was found walking home alone after school. We are extremely grateful that no harm came to our student but also very concerned this occurred. A thorough investigation is underway. We work diligently to ensure the safety and well-being of every child entrusted to our care.