Son with special needs was target of hate crime by classmates, mother says 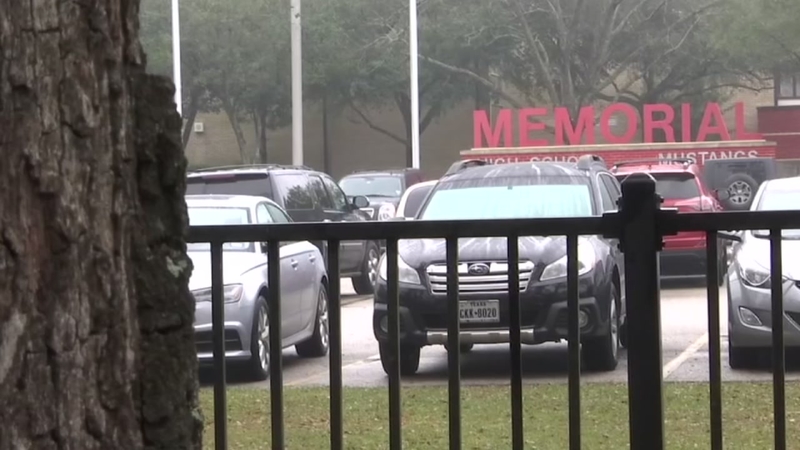 HOUSTON, Texas (KTRK) -- The mother of a 17-year-old Memorial High School student with special needs is demanding more action from the Spring Branch Independent School District as well as FBI involvement after she claims her son was the target of what she is calling a hate crime.

The allegations stem from incidents that Hattie Williams, the mother of the student, told Eyewitness News began in early February. She declined to identify her son to the media.

"They had an altercation and some words were exchanged, and it got out of hand and that's when the physical altercation happened," Williams said.

According to Williams, her son, who is black, was lured off campus and allegedly beaten by five white students who also attend the same high school. She claims her son sustained a concussion from the fight.

In addition, the mom claims several social media threats were also directed toward her son that included hate speech, as well as threats.

She says none of the five students allegedly involved in the fight were punished by the school district, but says her son has since been placed in in-school suspension.

Among the social posts in question was one that referenced a shooting.

"These kids talk about committing a shooting on campus. Look at this," said Quanell X, a community activist supporting the student. "They're talking about shooting this mother's son on campus."

ABC13 reached out to Spring Branch ISD for comment on these allegations and received this statement:

"On Feb. 8, Memorial High School experienced a substantial disruption of the school environment due to social media posts which frightened many students and parents. The campus has and will continue to respond to the situation according to the requirements of state and federal law and the SBISD student code of conduct. The District reported the information received to the FBI and is collaborating with the FBI on this matter. The District must protect the confidentiality of all students and this situation is no different, so the District is not able to respond with facts to set the record straight about all the circumstances."

When asked specifically about the other allegations coming from Williams, the school district stated they could not comment.

The mother is now demanding the FBI and the Texas Rangers get involved in the investigation that is now ongoing.