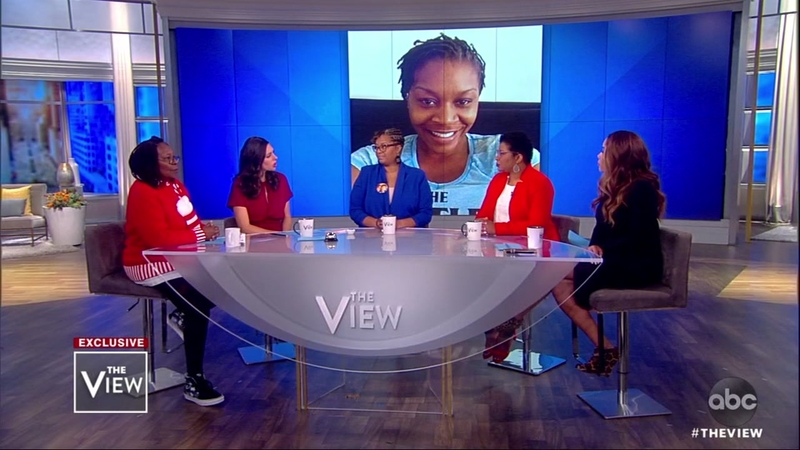 Family of Sandra Bland appear on "The View"

The sisters of Sandra Bland, the woman found dead in a Waller County jail three days after she was pulled over during a routine traffic stop, appeared on "The View" Tuesday.

Sharon Cooper described life after her sister's death and why calling for change is as important as ever during this time.

"There's almost this outrage fatigue. If you are living while black in America, you know what it feels like to have your life in jeopardy at any given point."

Bland's family said there are still many questions about her death. Some family and friends suspected she was murdered in jail.

"To be honest with you, we'll never know. And that's what hurts the most," her sister Shante Needham said.

SEE ALSO: A look back at the Sandra Bland case


Former DPS Trooper Brian Encinia pulled Bland over in a traffic stop on July 22, 2015. The incident was captured on dashcam video.

Bland was taken to jail on suspicion of assaulting an officer and was later found dead in the Waller County Jail.


Since then, her family and hundreds of thousands around the world have called for change and asking for those in power to have a voice for people who do not have one.

"We are fighting to be seen as human," Needham said.

Bland's family and other supporters are hoping HBO's new documentary "Say Her Name: The Life and Death of Sandra Bland" will inspire change and carry on Bland's message.

Bland appears in the documentary and even partly narrates through her own blogs.

Bland was frequently active online, talking about civil rights and equality of all races.

In September of 2016, Bland's family settled a wrongful death lawsuit for $1.9 million.