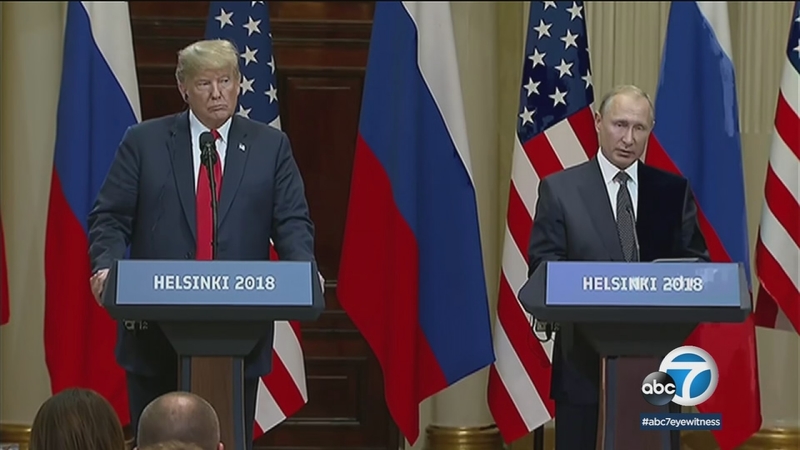 WASHINGTON, D.C. -- President Donald Trump says he meant the opposite when he said in Helsinki that he doesn't see why Russia would have interfered in the 2016 U.S. elections.

Back at the White House on Tuesday, the president told reporters that he said he meant he doesn't see why Russia "wouldn't" be responsible.

He also said he accepts the American intelligence community's conclusion that Russia interfered in the election, but he denied that his campaign had colluded in the effort.

Trump spoke a day after returning to the U.S. to nearly universal condemnation of his performance at Russian President Vladmir Putin's side in Helsinki. Putin said he wanted Trump to win the race against Democrat Hillary Clinton.