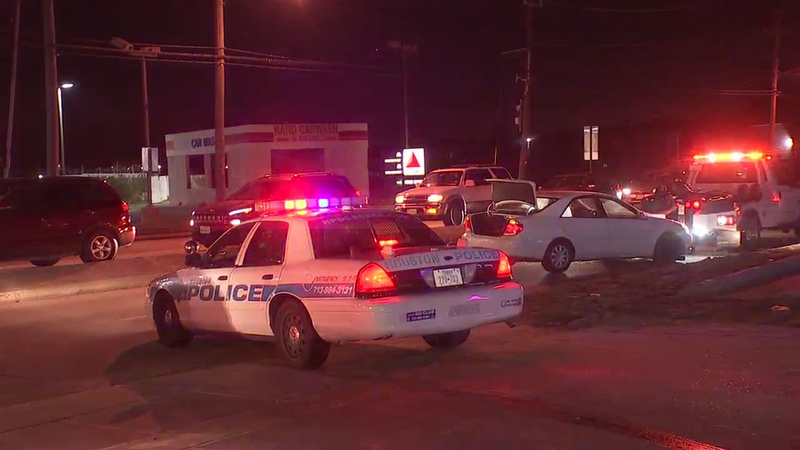 At least one suspect shot during robbery in SW Houston

HOUSTON (KTRK) -- Police say at least one suspect was injured Friday night after shots rang out during a robbery at an insurance business in southwest Houston.

The robbery happened just after 8pm at an insurance business off Cook Road at Bissonnet.

The company's owner tells Eyewitness News the three suspects had cased the store and then returned with masks and guns. They pistol whipped him and then left.

The victim says he ran to grab his gun but before he could make it outside, he heard gunshots ring out. He thinks someone may have been what happened and shot at the suspects. At least one of the suspects was struck by a bullet.

The suspects tried to get away in a stolen car, but officers started arriving at the scene so they took off on foot. Police say they found a pistol in the backseat of the car, as well as blood.

The store owner says the injured suspect showed up at a hospital. We don't know how critically he may have been injured.

The search for the other two suspects is ongoing.