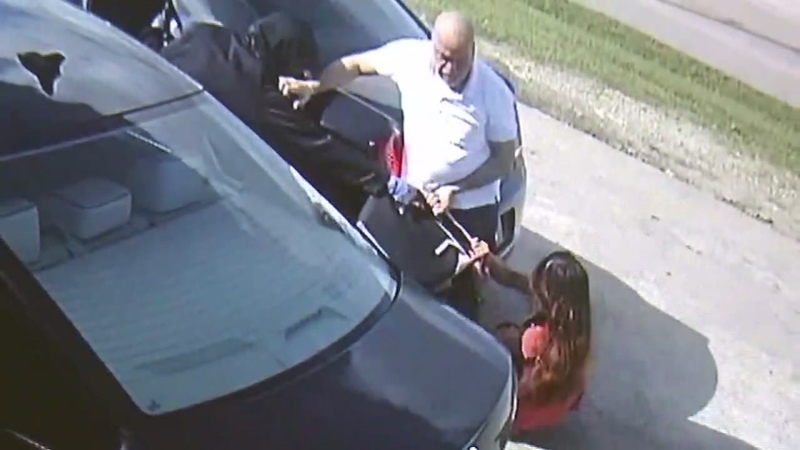 HOUSTON, Texas (KTRK) -- A robbery and assault outside of a northwest freeway gas station Friday morning is another warning about jugging.