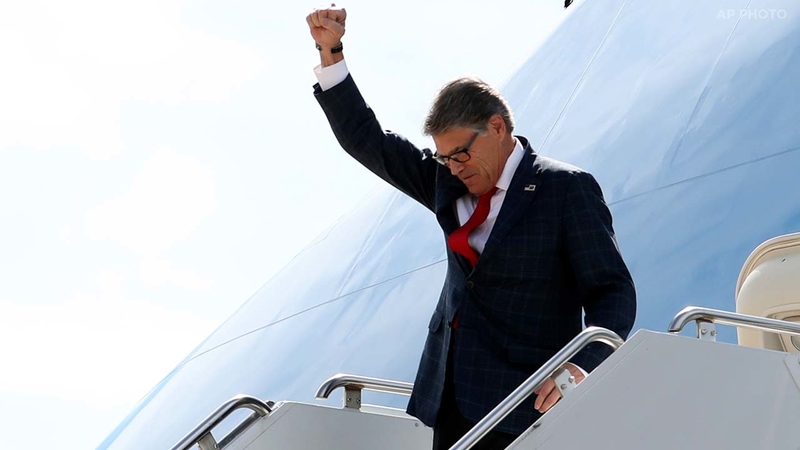 FORT WORTH, Texas -- Energy Secretary Rick Perry has notified the president that he intends to leave his job soon.

That's according to an administration official who confirmed the news on condition of anonymity.

Perry was traveling with the president to Texas Thursday when he shared the news aboard Air Force One.

Perry is under scrutiny over the role he played in the president's dealings with Ukraine, which are currently the subject of an impeachment inquiry.

Perry had disputed reports that he was planning to leave the administration in an interview Wednesday with The Wall Street Journal. But he reportedly left the door open, saying he expected to be at the Energy Department at Thanksgiving, but gave a less definitive answer when asked whether he'd be there through the end of the year.

In a final interview as governor, Perry talks about his legacy, Texas' economic climate and more