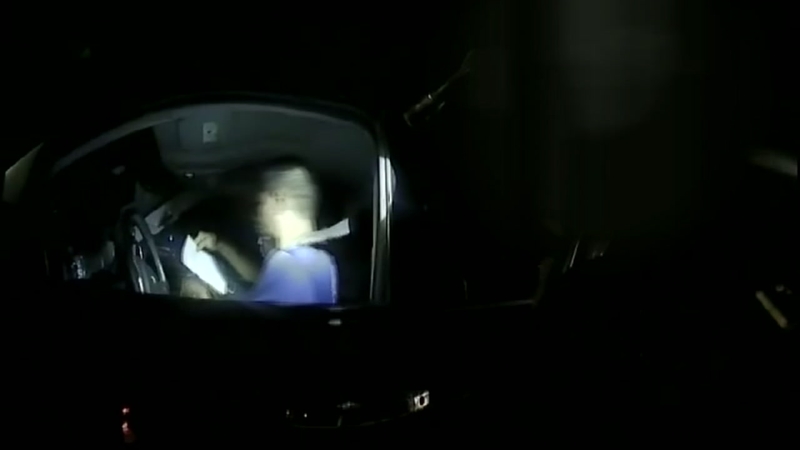 HOUSTON, Texas (KTRK) -- Jose Gomez was charged with resisting arrest. His attorney says the charge was dropped, and now he's suing the city and three HPD officers for excessive force.

As Jose Gomez was pulled over for a traffic stop in March 2017, things escalated quickly.

His attorney provided a portion of an officer's body cam video of the incident.

In the video, you see Gomez pulled over and an officer at the window.

Then you hear one of officers say, "You said you don't have your wallet. Get out, turn around and put your hands behind your back."

The video is dark, and it's hard to tell what happens next. Then you see Gomez in handcuffs and hear an officer shouting, "Stop resisting."

Gomez responds in the video saying, "I didn't do nothing."

Gomez was arrested for resisting arrest. The charge was later dropped.

Gomez says he suffered injuries to his arm and shoulder during the arrest. He's since had surgeries, and he's now suing the officers and the city for excessive force.

"I was scared then," said Jose Gomez.

"The officers were swearing. They were definitely angry. Basically, the officers used excessive force on my client and severely injured him," said Randall Kallinen, the plaintiff's attorney.

"This person is clearly resisting arrest. The officers had to get him into custody. The officers didn't use any excessive force," said Joe Gamaldi, the president of the Houston Police Union.

In fact, Gamaldi says when a complaint was made about the traffic stop, internal affairs investigated and found no wrongdoing.

"They interviewed officers. They reviewed the body camera and after all of those things and all of the factors in this case, they found the officers completely exonerated. In my opinion, this is just a frivolous lawsuit," said Gamaldi.

The City of Houston sent a response regarding the lawsuit: