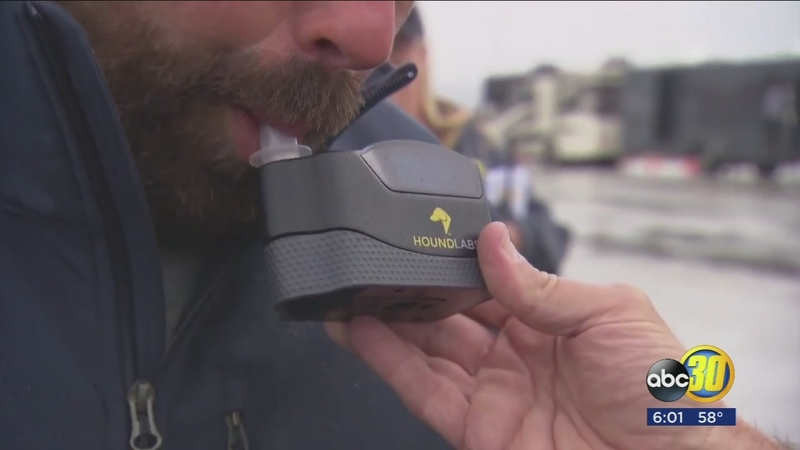 FRESNO, California -- John Travolta's description of pot laws in Amsterdam from the movie "Pulp Fiction" fittingly summarizes the state of California Law as of January first.

"Yeah, it's legal but it ain't hundred percent legal. I mean, you just can't walk into a restaurant, roll a joint and start puffin' away," said Travolta.

Recreational marijuana will be legal, but the laws are still pretty complicated, and police are expecting a rough adjustment.

"The misunderstanding of the law, where people think it's okay to smoke marijuana anytime, anywhere, is what can create calls for service for us, and it already has," said Fresno Police Chief Jerry Dyer.

You will be able to buy pot, but at least in Fresno, not at any business. You will be allowed to smoke it, but only in a private home.

"Landlords have the ability to restrict smoking on their property, which includes the smoking of marijuana," said Dyer.

Smoking in public will still be illegal throughout the state and driving around with marijuana will be a lot like driving with alcohol.

Open containers of pot are illegal, so unless it is in the trunk, you can get arrested. People convicted of marijuana crimes in the past might be able to wipe their records clean.

"We're expecting a dramatic increase in the number of DUIs that are marijuana related," said Defense Attorney Mark Kapetan.

Kapetan says the arguments in marijuana DUIs could be groundbreaking as prosecutors and defense attorneys argue over what proves a driver is impaired.

Unlike with alcohol, pot's active ingredient, THC, will not leave your body for up to a month.

So measuring how impaired someone is because of marijuana is subjective so far.

"Anyone that can invent a device that allows us to establish a person's impaired driving by being under the influence of THC, that person stands to make a lot of money," said Dyer.

The Bay Area trauma doctor and reserve deputy sheriff developed a breathalyzer measuring THC on the breath, which he says disappears about two hours after smoking or ingesting it.

"If you smoked last night, which is perfectly legal in parts of our country, including California starting January, you are not going to have THC on your breath the next day," said Lynn.

His company, Hound Labs, released video of their road testing, and they have worked with UC Berkeley and UC San Francisco to establish the scientific validity of their measurements.

While some states, like Colorado, have set legal limits for THC in the blood when driving, California has not.

The device also measures alcohol on the breath, and both Kapetan and Dyer agree it could be the solution to simplify marijuana DUI prosecution.

For now, the law and the approach to enforcement, are a work in progress.