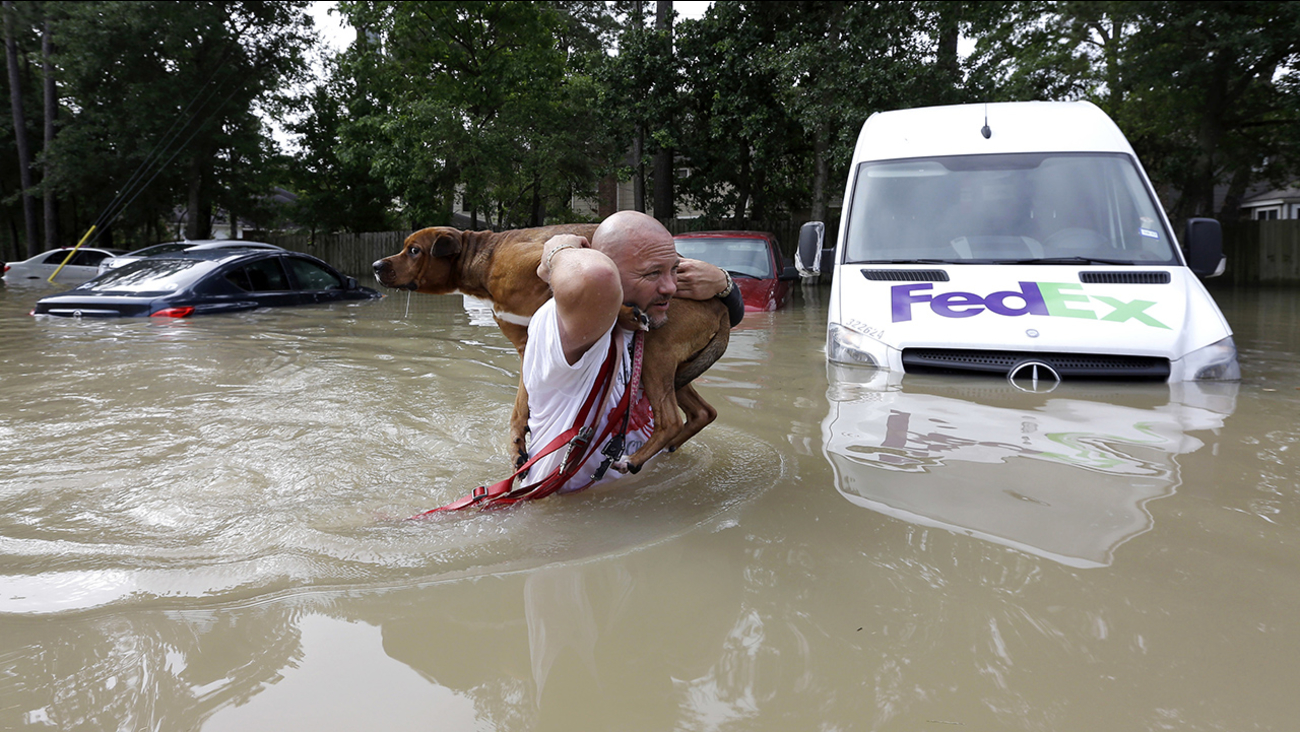 State emergency management officials have taken dozens of photographs that show sheens and plumes spreading from tipped tanks and flooded production sites during the March flood of the Sabine River on the Texas-Louisiana border. Earlier photos showed similar scenes from last year's floods of the Trinity, Red and Colorado rivers.

The Texas Railroad Commission, which regulates oil and gas drilling and production sites, said it has responded effectively to those incidents. "I'm confident that once the agency is notified, we're taking appropriate measures," commission spokesman Rich Parsons told the El Paso Times.

Scientists and environmentalists are not so sure. One leading expert, Dr. Walter Tsou, is a physician and past president of the American Public Health Association and published an article on an environmentalist website about the possible risks posed by the unleashing of fracking fluids in the environment.

"That's a potential disaster," Tsou told the Times. "I'm sure it will get into the groundwater and streams and creeks. In other areas, cattle that drank the fracking fluid actually died an hour after drinking it. There are potential carcinogens that can lead to leukemia, brain cancer and other endocrine disruptors that can affect premature births. So it is not good to drink fracked wastewater."

State emergency officials mobilize the Civil Air Patrol to photograph potential spills and leaks, and the Railroad Commission responds quickly to reports of spills or other releases, spokeswoman Ramona Nye said. "If a release or spill is identified, the agency dispatches an inspector to investigate. Alleged violations are documented and appropriate action is taken based on the nature of the alleged violation," she said.

Critics worry that the commission is soft on holding the oil and gas industry responsible for such incidents, since - according to one watchdog group's accounting - commissioners receive more than half of their campaign contributions from that sector. However, Nye insists that spill prevention is the commission's top priority, a statement echoed by Todd Staples, president of the Texas Oil and Gas Association.

"Oil and natural gas companies utilize the latest technologies to establish and maintain safe operations in any weather condition," Staples, a former Texas agriculture commissioner, wrote in an email to the Times. "The Railroad Commission provides direction and oversight in the unlikely event that an environmental cleanup project is necessary. Operators who do not comply with regulations or remediation directives should face enforcement and can lose their permit to operate in Texas."

However, with some climatologists expecting storms to become more intense in the future, it's critical to strengthen measures to prevent such flood-related runoff, said Ken Kramer, water resources chairman of the Lone Star Chapter of the Sierra Club.