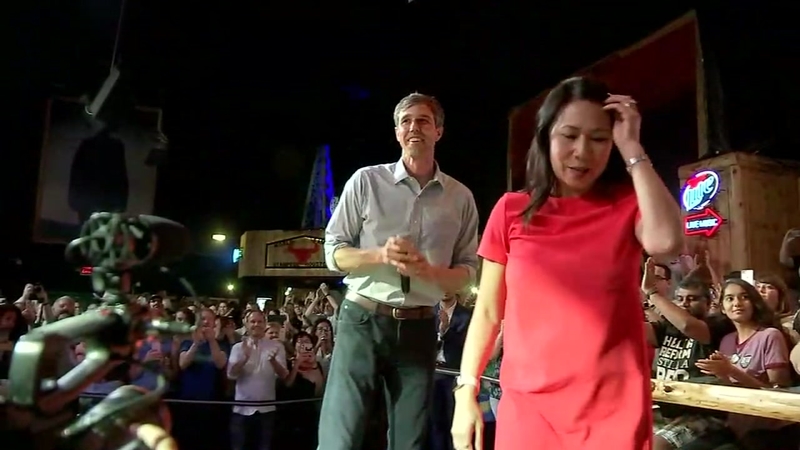 The crowd was so large, there were not enough seats, but across town, the Democrat in the race, Beto O'Rourke, was greeted with similar enthusiasm at a rally in Houston.

A Democrat hasn't won a statewide race in Texas since 1994.

O'Rourke is hoping to be the one to end that streak.

"We'll be in San Angelo. We'll be in the Third Ward. We'll be in Brownsville, Texas but we'll also be in Lubbock and Amarillo," said O'Rourke. "Everyone is deserving of being heard, of being represented, of being fought for, of being served, and so this election is about all of us and for all of us."

In Katy, Cruz touted the accomplishments of Republicans over the last two years.

"When you cut taxes, when you simplify the tax code, when you pull back job-killing regulations, small businesses prosper and the state of Texas does great," said Cruz.

However, the latest polling shows Cruz no longer holds a double digit lead over O'Rourke.

"This election comes down to one word: turnout," Cruz told the crowd. "Our biggest danger is complacency."

Cruz attributed the close race to an "energized" and "angry" left.

"We've got a fight on our hands," said Cruz. "If commonsense conservatives show up to vote, we're going to have a really good election."

President Trump is set to headline a major rally in October for the incumbent senator.

"We welcome the President to come to this state," said O'Rourke. "We want this to be a positive visit for him, but ultimately this will be decided by the people of Texas."