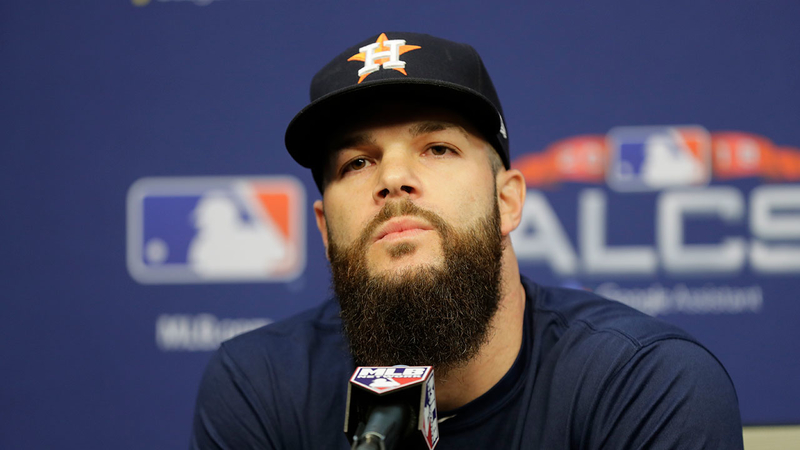 Rawlings Sport announced the left-hander as the top fielding pitcher in the American League in 2018. He induced the most ground balls in the AL this season.

In addition, Keuchel played a full season without committing an error in 2018. He is the fourth Astro to win at least four Gold Gloves with the team, following Craig Biggio, Cesar Cedeno, and Doug Rader. Keuchel won three Gold Gloves in a row from 2014 to 2016.

The new honor comes after the Astros made a $17 million qualifying offer to Keuchel.

Other Astros finalists for the Gold Glove - third baseman Alex Bregman and catcher Martin Maldonado - just missed out on the awards.

Bregman, the Astros MVP this season, was a first-time finalist. At third base, Bregman posted a .962 fielding percentage with 245 assists, while committing just 13 errors in 342 total chances.

Maldonado, who was acquired from the Los Angeles Angels in a midseason trade, was looking to repeat as the AL Gold Glove at catcher. During his Astros tenure, Maldonado did not commit an error in 40 games, while catching five of eight attempting basestealers.

By winning a Gold Glove, Keuchel is now eligible for the Rawlings Platinum Glove, which will be given to the top defender in each league, regardless of position. The winners will be selected via a combination of a national fan vote and the SABR Defensive Index. Fan voting is housed at Rawlings.com and goes on through Thursday at 9 p.m. CT.