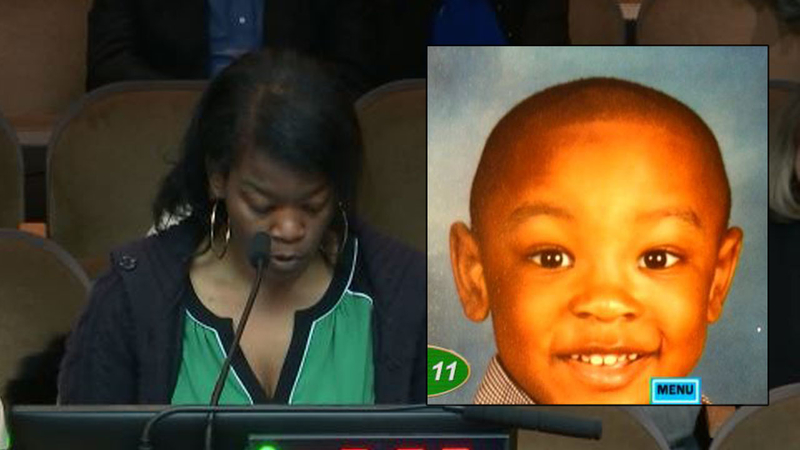 RALEIGH, North Carolina -- The Raleigh Police Department released body camera video related to a November incident in which a woman said officers pointed their rifles at her 6-year-old son, who has autism.

Earlier this month, LaDonna Clark stood up in front of city leaders and called for more accountability in the police department.

She retold a story that happened to her family in November.

"My senior citizen parents, as well as my 6-year-old son with autism and cerebral palsy, experienced the most terrorizing experience of their lives," Clark said. "On a 35 degree and rainy night, my son with autism was forced out of the home with military-style rifles aimed at him and made to sit on the cold, wet ground for over an hour by RPD Swat."

Body camera video shows the moments surrounding the incident and the search of the home on Friar Tuck Road. However, it's difficult to see the portions of the video when there was an interaction between the family and the officers.


Clark said when she learned of what happened, she filed a complaint and requested video from the event so she could see for herself what happened.

"However, the joke was on me, because not only was I not allowed to see the footage of my son being terrorized, I was told by Sgt. Neville that I could not get an I.A. number and I would need to identify the actual offenses of the officers involved, as well as do a verbal interview before I would be able to get an I.A. number."

She said a lack of action from the council members had given Raleigh police officers a "free pass ... to demonize black citizens."

In the YouTube video that contains the body camera footage, Raleigh police said they had a warrant to search the home "related to a recent armed robbery involving multiple suspects with firearms."

According to the statement in the video, on Nov. 11, 2018, Brian Lamonte Clark, along with two other people robbed an AT&T store on Capital Blvd. Detectives determined that Clark lived in the home on Friar Tuck Road. Detectives then requested and were issued a search warrant for the home.

Raleigh police say that, because Clark has a prior criminal history and was believed to have used a weapon in the most recent robbery, they requested assistance from the Selective Enforcement Unit.

"In an effort to minimize risk to both officers and any occupants of the residence, the decision was made to park an armored vehicle in front of the home, call the residents and ask them to come outside rather than attempting to make an entry of the home knowing that occupants were inside," the statement on the video says.

It continues: "All officers were some distance away and behind cover as the Clarks exited the residence. No weapons were pointed at the Clarks as they exited the house."
Report a correction or typo
Related topics:
north carolinasearchgovernmentpoliceraleigh police
Copyright © 2022 WTVD-TV. All Rights Reserved.
TOP STORIES
Shipment carrying 150,000 pounds of baby formula arrives in Houston
Driver shot after argument in N. Houston, wife fires back, police say
One more hot and mostly dry day, then a pattern change next week
3rd monkeypox case confirmed in Houston area, officials say
There are many ways to eat healthy amid high food prices, experts say
Biden signs landmark gun measure, says 'lives will be saved'
Bank of America apologizes to refugee family for account mix-up
Show More
6 people killed over span of 12 hours in isolated incidents in Houston
Love the outdoors? Galveston Island State Park is reopening
Astros' 2nd time ever to no-hit NY
Houston Pride 2022: Where and how to celebrate
Teenage daughter stabs father during fight in SW Houston, police say
More TOP STORIES News