Man laments killing rabid raccoon, but it was attacking his dog 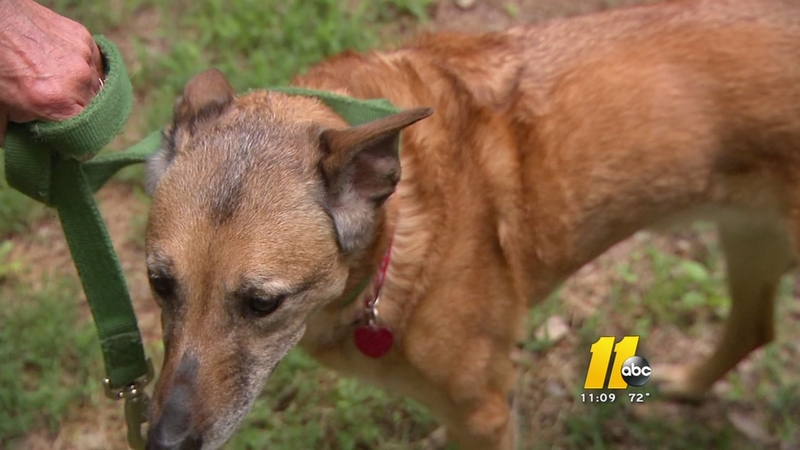 RALEIGH, NC -- Around 9 p.m. Thursday night, Raleigh resident Chuck Wright heard his dog, Sadie, barking and squealing for help in the backyard. He came outside and saw a raccoon attacking the dog by the fence.

"The raccoon was acting a little aggressive," Wright said.

He immediately took action. Wright grabbed a garden tool and hit the raccoon several times before it unclutched its teeth from Sadie.

Sadie is recovering after being attacked by rabid raccoon. Owner killed the animal to save her. Story @ 11 #ABC11 pic.twitter.com/n68CyNZDke

"Unfortunately, I had to put (the raccoon) away with a shovel," Wright said.

After the animal was dead, it was transported to a lab, where it tested positive for rabies.

Sadie did suffer some injuries.

The dog's rabies' vaccination is current, and its owner was provided with counseling concerning appropriate steps that should be taken.

"She had one little spot of blood right there on her muzzle," said Chuck's wife, Nancy. "If we had not been close by, she wouldn't be probably alive."

Thankfully, the dog survived and her rabies shots were all up-to-date. As a precaution, she went back to the veterinarian Monday night for a round of booster shots

Sadie is going to be turning 12 years old next month. She's a Belgian Malinois. The breed often works as police dogs. They're intense, athletic, and intelligent. The dog is known for protecting man, but this week it was man who protected the dog.

"I really hate to kill the animal, but I was defending my dog and myself," Wright said.

The attack happened along Woodsdale Road in Southwest Raleigh, not far from Lake Johnson Park.

Raleigh Police say if anyone sees unusual behavior or has other concerns about animals in Raleigh, they should immediately call (919) 831-6311.