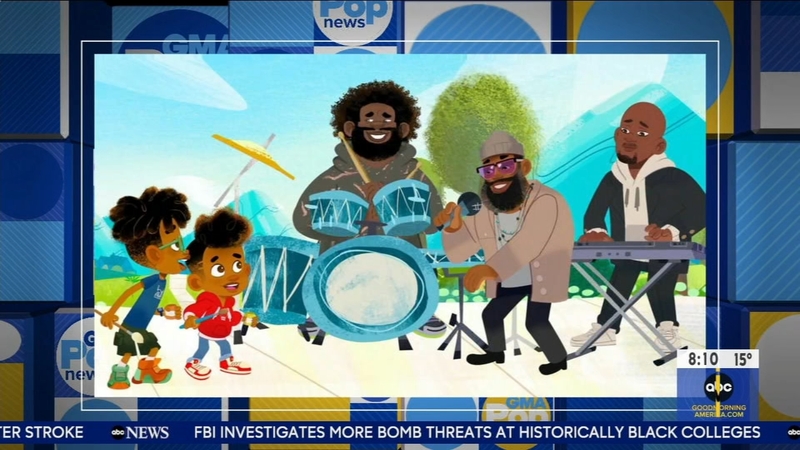 PHILADELPHIA -- Ahmir "Questlove" Thompson and Tariq "Black Thought" Trotter of Philadelphia's own Grammy Award-winning musical group The Roots are the executive producers behind a new program streaming on Disney+.

Disney Junior's "Rise Up, Sing Out" is a series of animated shorts that features the music of Questlove and Black Thought.

"Rise Up, Sing Out" has eight episodes streaming on Disney+. Each runs for one to two minutes.

Episodes include "Super Bonnet" where the girls celebrate Black hair care at a sleepover and "Speak Up" where the character Taniya expresses how to respond to hurtful comments.

The first episode debuted on Wednesday on the Disney Channel and Disney Junior. Additional episodes will play through next week on those channels.

"Growing up in the #SchoolHouseRock generation in the 70s was something special to me. So believe you me-being asked to be a part of a project that could have major impact --dealing with issues no TV program from my childhood even thought to deal with made getting involved even more exciting," Questlove said.

He added, "It's so cool being animated."