'Never heard from him again': Quanell X accused of taking money then 'disappearing' in lawsuit 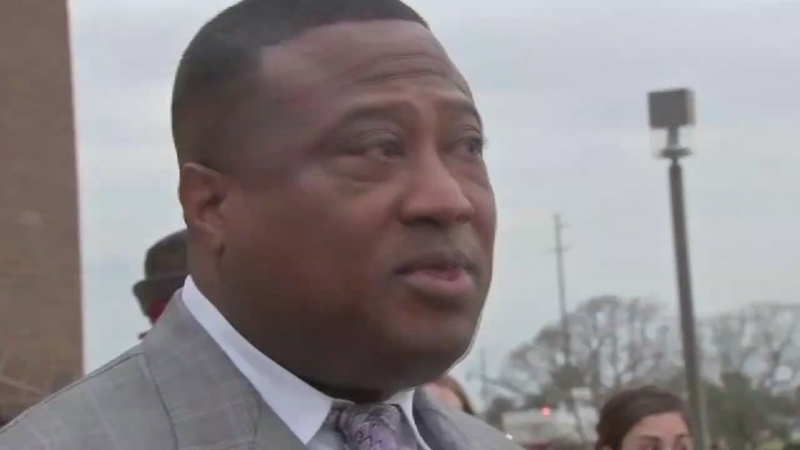 Quanell X at center of lawsuit

HOUSTON, Texas (KTRK) -- Quanell X is no stranger to controversy.

He's represented people who didn't have a voice on everything from racial profiling, in-custody deaths, to wrongful arrests.

In recent years, complaints have been made by those who paid him to make their cases and complaints public, by generating publicity and bringing attention to their causes. Among the complaints voiced, is that some people didn't get what they paid for.

Nate Lewis was among them.

Lewis said he paid Quanell X $2,000 to bring attention to what he called a wrongful termination from his job.

"He said, 'I need this amount of money to get the ball rolling.' I pretty much never heard from him again," Lewis said Wednesday.

Lewis said he filed a lawsuit in small claims court.

"That's when I got his attention," he said. "I got my money back. He had no choice -- either let the judge look at the evidence I had, or give me my money, which is nothing I wanted to go through."

By phone, Quanell X said he had no comment, except to say, "I will never be seen fighting with my own people publicly."

"We all looked to the brother and the qualities he possessed and the position he was in and the work he had done," said the group's national chairman, Yahcanon Ben-Yak. "It's very disappointing to be here. We shouldn't be here."
Report a correction or typo
Related topics:
houstoncourtlawsuit
Copyright © 2021 KTRK-TV. All Rights Reserved.
TOP STORIES
Fiancée of injured Pct. 4 deputy shares touching message
3 Harris Co. deputies shot outside N. Houston nightclub identified
Man on the run after shooting ex-girlfriend's new boyfriend, Sgt. says
How well do Astros and Red Sox fans know each other?
Woman shot to the death in bank parking lot in SE Houston, HPD says
10-year-old boy says dad 'drowned him a lot,' records show
54-year-old Houston woman missing for over a week, police say
Show More
Sluggish starts have Texans and Colts looking to change course
Bill Clinton released from UCI Medical Center after blood infection
20-year-old shot and killed by gunman after minor crash, FBCSO says
Evidence of water vapor found on 1 of Jupiter moons: NASA
US religious group says 17 missionaries kidnapped in Haiti
More TOP STORIES News