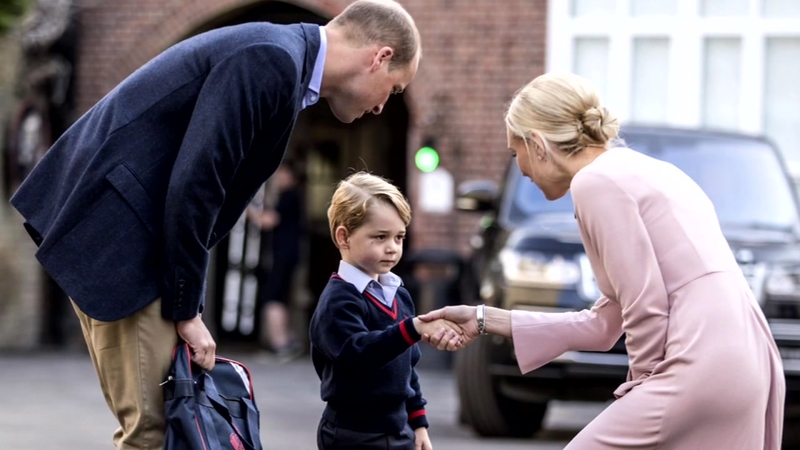 London police say they arrested a woman who broke into the private Thomas Battersea School and she has now been charged with attempted burglary. Authorities won't say whether school was in session when the burglary happened but Prince George was not there at the time.

Police still aren't sure what the woman was after, but have told the the school to review its security procedures.

The Battersea school is described as a big, busy and slightly chaotic school for cosmopolitan parents who want the best English education that money can buy.