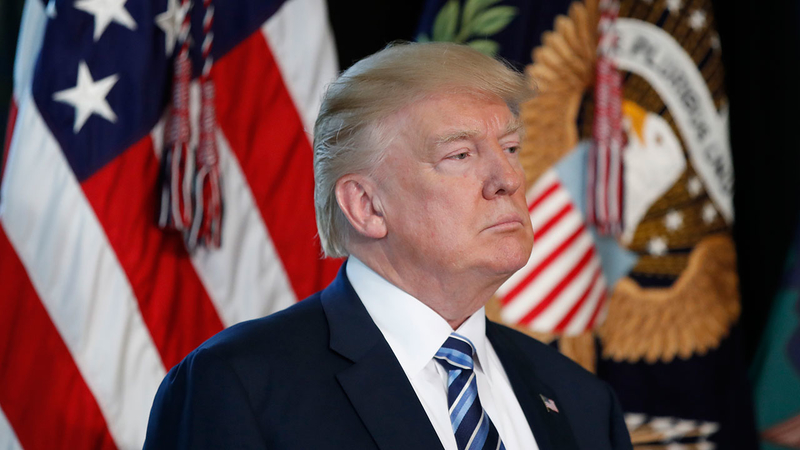 WASHINGTON (KTRK) -- President Donald Trump signed a revised travel ban Monday that will temporarily halt entry to the U.S. for people from six Muslim-majority nations who are seeking new visas, though allowing those with current visas to travel freely.

Trump directive aims to address legal issues with the original order, which caused confusion at airports, sparked protests around the country and was ultimately blocked by federal courts. That's according to a fact sheet obtained in advance by The Associated Press.

The revised order is narrower and specifies that a 90-day ban on people from Sudan, Syria, Iran, Libya, Somalia and Yemen does not apply to those who already have valid visas. The White House also dropped Iraq from the list of targeted countries, following pressure from the Pentagon and State Department, which had urged the White House to reconsider, given Iraq's role in fighting the Islamic State group.

The fact sheet cites negotiations that resulted in Iraq agreeing to "increase cooperation with the U.S. government on the vetting of its citizens applying for a visa to travel to the United States." An Iraqi spokesman said the change marks a "positive step" and shows the countries have a "real partnership." 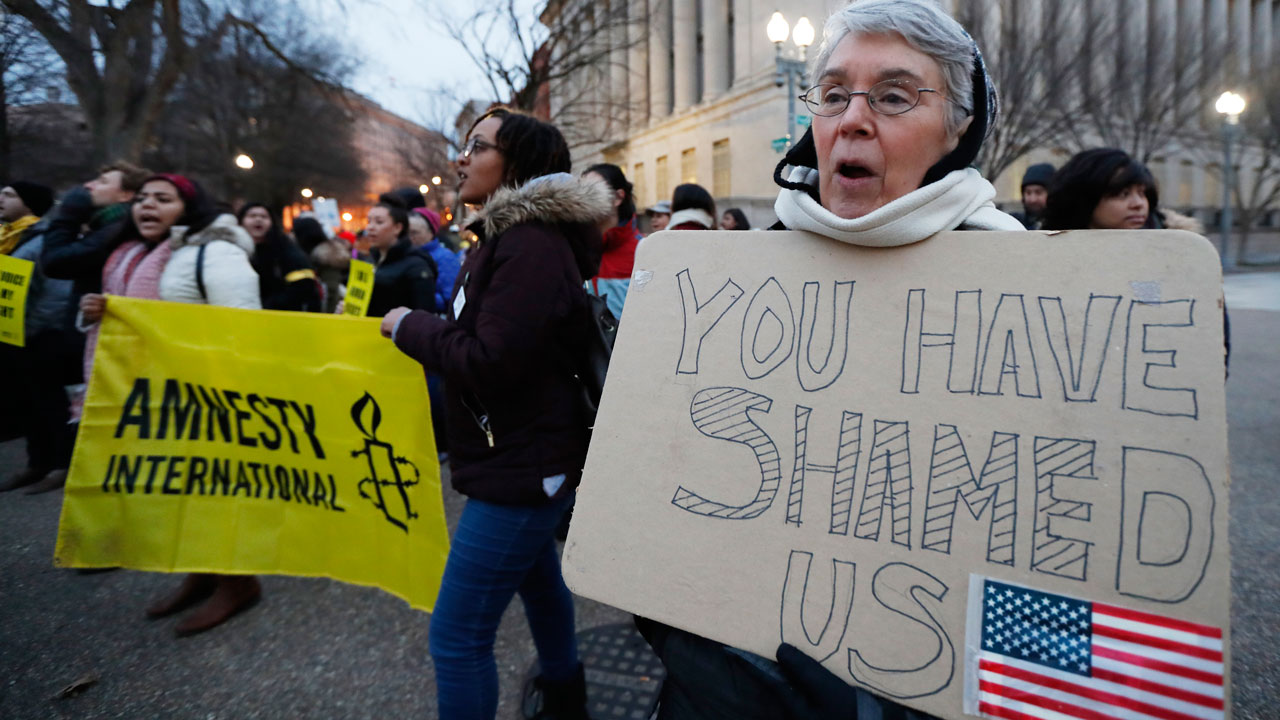 The mere existence of the fact sheet signaled that the White House was taking steps to improve the rollout of the reworked directive. The initial measure was hastily signed at the end of Trump's first week in office, and the White House was roundly criticized for not providing lawmakers, Cabinet officials and others with information ahead of the signing.

Press Secretary Sean Spicer was not scheduled to hold an on-camera briefing Monday either, leading to the appearance that the president was distancing himself from the order, which was a signature issue during his campaign and the first days of his presidency. The order also risks being overshadowed by unsubstantiated accusations the president made over the weekend that former President Barack Obama had ordered the wiretapping of his phone during the campaign.

Trump administration officials say that even with the changes, the goal of the new order is the same as the first: keeping would-be terrorists out of the United States while the government reviews the vetting system for refugees and visa applicants from certain parts of the world.

According to the fact sheet, the Department of Homeland Security will conduct a country-by-country review of the information the six targeted nations provide to the U.S. for visa and immigration decisions. Those countries will then have 50 days to comply with U.S. government requests to update or improve that information.

Additionally, Trump's order suspends the entire U.S. refugee program for 120 days, though refugees already formally scheduled for travel by the State Department will be allowed entry. When the suspension is lifted, the number of refugees allowed into the U.S. will be capped at 50,000 for fiscal year 2017.

Other changes are also expected, including no longer singling out Syrian refugees for an indefinite ban. Syrian refugees will now be treated like other refugees and be subjected to the 120-day suspension of the refugee program.

The new version is also expected to remove language that would give priority to religious minorities. Critics had accused the administration of adding such language to help Christians get into the United States while excluding Muslims.

"I think people will see six or seven major points about this executive order that do clarify who was covered," said presidential counselor Kellyanne Conway in an interview with Fox News Channel's "Fox & Friends."

She said the new order will not go into effect until March 16, despite earlier warnings from the president and his team that any delay in implementation would pose a national security risk, allowing dangerous people to flow into the country.

Legal experts say the new order addresses some of the constitutional concerns raised by a federal appeals court about the initial ban, but leaves room for more legal challenges.

"It's much clearer about how it doesn't apply to groups of immigrants with more clearly established constitutional rights," said University of Texas law professor Stephen Vladeck. "That's a really important step."

Removing language that would give priority to religious minorities helps address concerns that the initial ban was discriminatory, but its continued focus on Muslim-majority countries leaves the appearance that the order is a "Muslim ban," Vladeck said.

"There's still going to be plenty of work for the courts to do," he said.