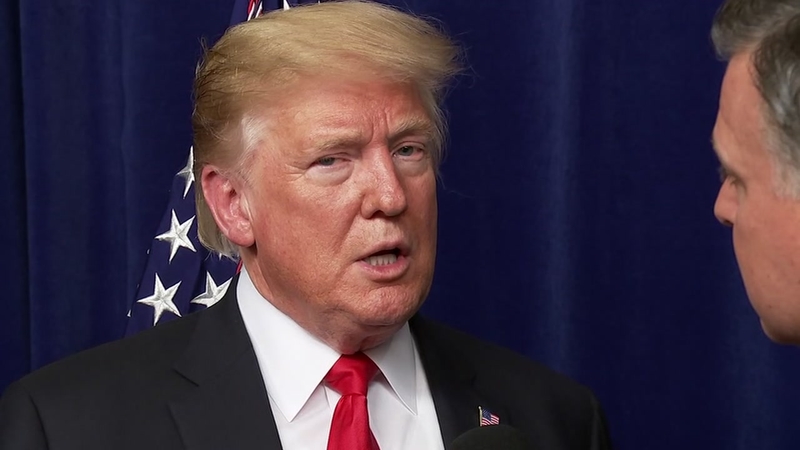 Democrats 'should be worried' about losing black voters: Trump

WASHINGTON, D.C. -- President Donald Trump said his party plans to woo African-American voters ahead of the contentious midterm elections next week, and that Democrats should be "worried."

Trump made the comments in an interview with Fox News' Laura Ingraham, who asked him if his White House meeting with rapper Kanye West helped increase his poll numbers.

"A person came into my office who does poll numbers and said, 'I do not believe how good these poll numbers are with African-Americans,'" Trump said. "And you see what's happened with my poll numbers. But here's what also happened. When we have the best employment numbers, the best median-income numbers, for all of these groups? I mean, we have the best numbers we've ever had."

Trump often highlights his relationship with West as evidence that his political message is resonating with the black community at large.

Trump has been campaigning on behalf of Republican candidates across the country as his party fights to hold a majority in Congress. Democrats would need to win at least 24 seats to gain a majority in the House, where at least 41 Republicans are planning to retire, resign or run for another office, according to an analysis by ABC News.

Trump would not comment on the specifics of his campaign schedule, but when Ingraham asked him if he planned to hold "some events in the inner cities," Trump said, "I'm doing them, yeah. I already have them scheduled."

Trump will hold 11 political rallies in eight states between now and Election Day, according to a source with knowledge of his schedule.