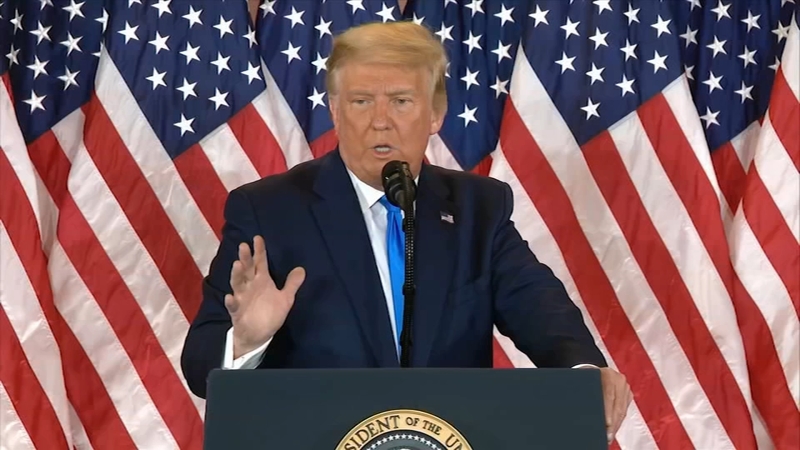 Law students are living history in the making during impeachment trial

HOUSTON, Texas (KTRK) -- The second impeachment is underway. And like the former president himself, the circumstances surrounding the trial forge new ground and break the norms.

Brandon Rottinghaus is a political science professor at the University of Houston. He teaches a class on the presidency and says there is much to take away from what's unfolding in the Capitol this week.

"Donald Trump has made history as a president and some of that history is going to be continued. Some of the tactics he's used, some of the approaches to the office," Rottinghaus said. "Our polarization had been increasing gradually since the 1980s, so this is a symptom of where we are. It is a reflection that there is not enough trust in each other or in institutions."

Likewise, the world is watching as the United States Congress puts on trial a president no longer in office. Richard Stoll teaches international politics at Rice University. Even if world leaders won't officially talk about it, they pay attention.

"There's an understanding countries don't make comments about the internal politics of other countries. Of course they do," Stoll told ABC13. "A lot of countries have mechanisms to get rid of leaders that they feel have violated their laws. They just don't use them very often."

We are living history as we watch the second impeachment trial for former President Donald Trump. But imagine watching it as a student of law, learning about our past as the precedent for the future unfolds.

University of Houston law student Mykal Peterson and one of his associate professors, Emily Berman, spoke with ABC13 about the lessons this impeachment affords scholars.

Impeachment is on Berman's syllabus. What's happening in Washington helps bring to life what she offers in lectures.

"It may be an opportunity to get the entire country on the same page with respect to facts in a way that has been lacking and a way that has been damaging," she said of the trial. And of her students, "It's impossible for the students to consider the material we are studying without sort of an eye toward what does that mean for our legal and political cultures."