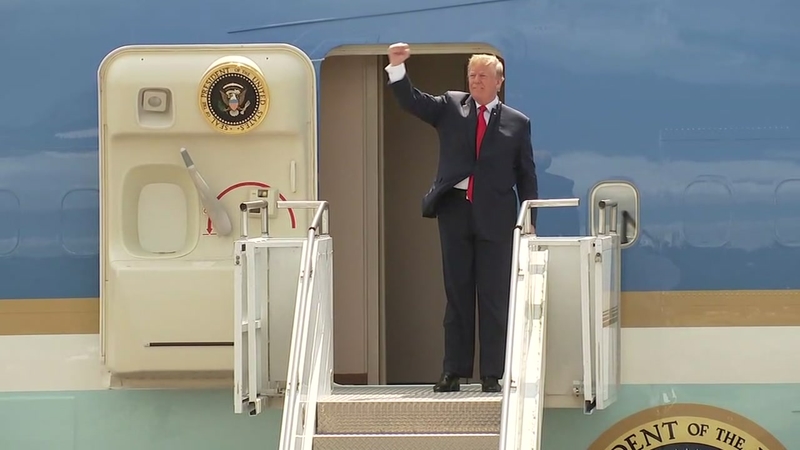 While it was a private meeting, we don't know all that was discussed but we do know some of the people who were there.

Trump called the meeting "very impactful" after being introduced to family members like Pamela Stanich, whose son Jared Black was killed in the shooting.

Stanich posted on Facebook Thursday that the president showed "sincerity, compassion and concern."

President Trump has arrived in Houston to meet with the families impacted by the Santa Fe shooting and attend a fundraiser.

She also said he took time to ask what happened and what would have made a difference.

Another mother at the meeting, Rhonda Hart, told the Associated Press, however, that the president kept describing the alleged shooter as "wacky."

Hart is the mother of Kimberly Vaughn, another student who was killed in the art classroom at Santa Fe High School.

She suggested hiring veterans to patrol schools, and she claims the president would only talk about arming teachers.

Hart said it was "like talking to a toddler."

Galveston County Sheriff Henry Trochesset was also at the meeting. We learned last week that his granddaughter was inside the school at the time of the shooting.

Trochesset said the president was very kind and nothing felt staged.

President Trump is making his fifth visit to Texas since Hurricane Harvey to meet with Santa Fe families and attend a private fundraiser.