Pres. George H.W. Bush wondered who would come to funeral 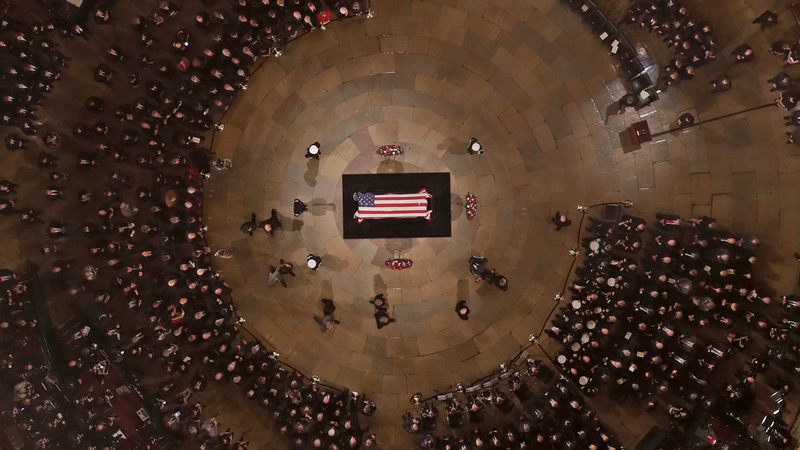 Pres. George H.W. Bush wondered who would come to funeral

WASHINGTON, D.C. (KTRK) -- As the world prepares to say goodbye to President George H.W. Bush on Wednesday, his spokesperson is recalling a conversation he had about what his funeral might be like.

Jim McGrath tweeted Tuesday night as thousands of people waited in lines for hours to pay their respects at the Capitol Rotunda.

McGrath said when asked about lying in state back in 2011, the 41st president asked, "Do you think anyone will come?"

World leaders and dignitaries are expected to attend services at the National Cathedral.

Briefed in 2011 about his funeral and lying in state, the 41st President asked with typical humility, "Do you think anyone will come?" Tonight, people are waiting hours to pay their respects. This photo, taken Monday, is courtesy the Senate Press Photographers’ Gallery pool. pic.twitter.com/jveNxNlUYV