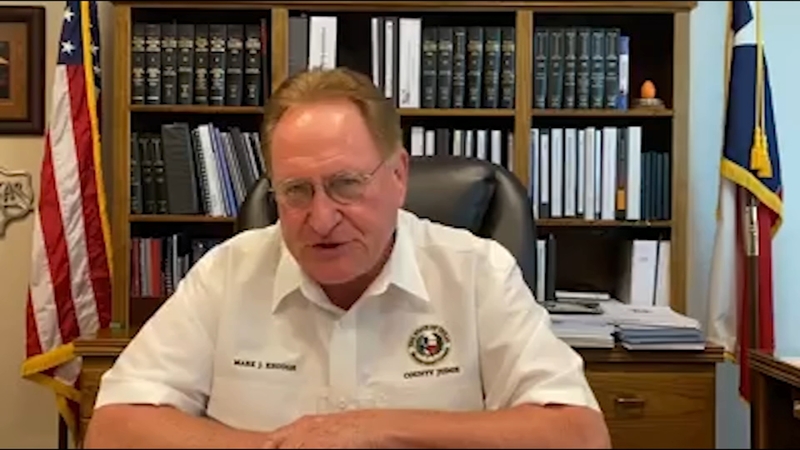 Turner said he was forced to cancel the convention due to concerns about spreading the coronavirus after seeing a surge in positive cases within the past few weeks.

"Look, these are some very serious times, and the safety of the people attending the convention, the employees, their family members, the people in the city of Houston, have their public health concerns," Turner said during a news conference on Wednesday. "First responders, police, fire, and municipal workers will all be in contact or in close proximity to this indoor gathering. Simply, the public health concerns outweighed anything else."

Turner added that provisions in the contract allowed the city to cancel the event at the convention center and prevent them from holding it any city of Houston venue.

Dr. David Persse with the Houston Health Department said using the convention center for the GOP party was a "clear and present danger" to the health and well-being of its attendees, workers and restaurant owners.

RELATED: Why Turner believes GOP convention is 'different' than protests

He said that the convention would be different from protests because it's 6,500 to 7,000 people who have agreed to follow CDC guidelines and do everything they can to keep others safe.

"I believe being able to protest is a First Amendment right, and I support that right. But you know what else I support?" Keough asked. "I support the fact that political speech is also a First Amendment right. And what's equally as important is that the Republican party is responsible to the state statute to have their convention by a certain time in order to meet the requirements for the November election."
Report a correction or typo
Related topics:
politicsmontgomery countytexas politicshoustoncoronavirushouston politicscovid 19
Copyright © 2021 KTRK-TV. All Rights Reserved.
More Videos
From CNN Newsource affiliates
TOP STORIES