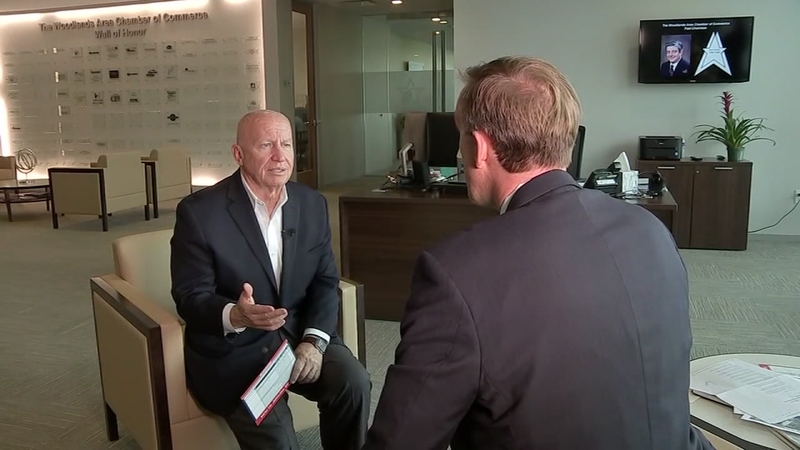 Architect of tax reform bill back home in the Woodlands.

The chief architect of the historic and massive tax reform that just cleared its first major hurdle in the House is back home in The Woodlands.

Just 24 hours ago, Congressman Kevin Brady was on the floor of the U.S. House celebrating the passage of the giant tax reform he has pushed, cajoled, massaged, compromised and encouraged America to pass.

It hasn't been done in 31 years and now it's on the way to the Senate.

Today, Brady is back at work. He tells us just this morning, President Trump called him to continue the tax reform discussion.

Brady frequently holds on to the postcard tax form he says the majority of Americans could soon file on.

He promised in the end, the vast majority of us will pay less in taxes, but America gets none of it if the Senate can't pass it.

Making that tougher is an attempt to repeal Obamacare's rule that you must buy health insurance - the so-called individual mandate. It's failed repeatedly in the Senate and just two weeks ago, Brady decided against adding it to his plan.

"The American people generally are divided whether they like the Affordable Care Act," Brady said. "Nobody other than some in Washington are defending the status quo and the horrible mess of a tax code."

What about President Trump's Twitter habit? Will that help or hurt tax reform?

"Helpful," Brady said. "His engagement, his town hall meetings, getting out there on the stump has been incredibly helpful."

And the criticism that the plan helps the rich and corporate America first and the rest of us later?

"Nothing further from the truth," Brady said. "A simpler, fairer tax code will keep more of what you earn. There aren't special interest loopholes and carve-outs for some. There is fairness. The American people are hungry for that."

Brady says tax reform could still be on track for passage by Christmas.