Critical momentum up for grabs in Iowa for presidential hopefuls 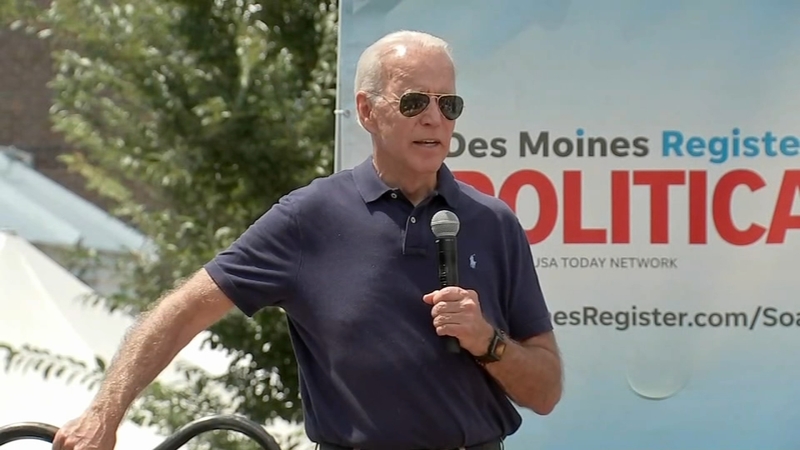 Critical momentum up for grabs at Iowa State Fair

DES MOINES, Iowa (KTRK) -- The push to win Iowa in 2020, and critical momentum that comes with it, is front and center this week in Des Moines at the annual State Fair.

Every major Democratic candidate, aside from former Texas Rep. Beto O'Rourke, who cancelled his trip to stay in his home city of El Paso, will appear at the fair over the next 10 days.

Most of them take their stump speech to the famed "Soapbox" this weekend.

Biden is a perceived frontrunner. Bullock has so little support he has yet to qualify for a national debate.

Both men, however, received rousing ovations before, during, and after their 20-minute speeches.

Castro begins the slate on Friday, but is already in the state campaigning with his family ahead of the weekend.

On Saturday, 16 candidates have committed to a presidential forum on gun violence. It was very quickly put together after the mass shootings in El Paso and in Dayton, Ohio.

Asked Thursday about gun violence, the former vice president said, "The idea that what's happened lately does not go to the core of who we are, it violates no one's Second Amendment right to say that you can't own a certain weapon. You're not allowed to own a bazooka. You can't own a flame thrower."

Biden is among those who have confirmed their attendance at the forum, hosted by Everytown and Moms Demand Action, both gun reform advocacy groups.