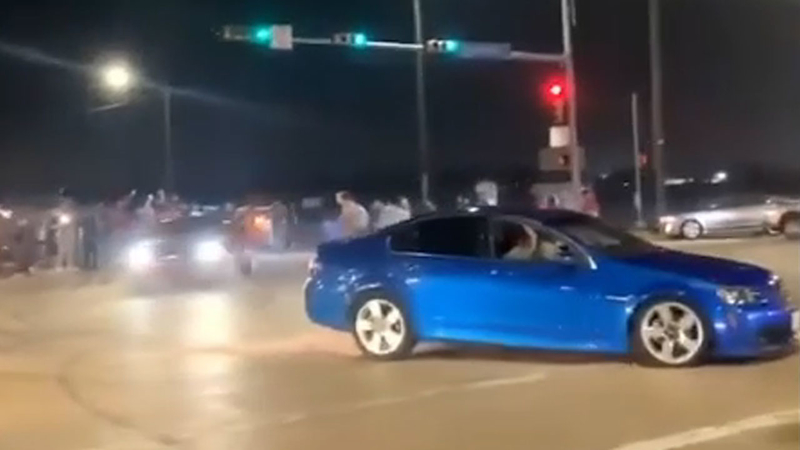 "It's all fun and games until one person gets hurt, and you can't take that back," said Kenneth Campbell, Houston Police Traffic Enforcement Commander.

Called "takeovers," participants literally gather at busy public intersections and take it over.

They then drift cars at the intersection while onlookers record video, designed to go viral on Instagram.

"We would encourage anyone in the public, when you see cars beginning to slow and stop in the freeway to call us, because eventually someone is going to get hurt or killed," Campbell said. "There's a lot of people in these groups that just want to be out there enjoying other people's cars, kind of like a car show. But, there's also a large number of them conducting reckless behavior while driving."

Several arrests were made, though one attendee of that event told us shortly after that they mean no harm.

"We could be out there committing robberies, stuff like that, but no, we're just a group of people trying to have fun," said a participant who did not want to be identified. "Show off, and show out to people around the world."

However, police say these late night takeovers are dangerous, illegal, and could end up with people seriously injured, and they won't be shy about making arrests.

"We're not going to take this lightly, we're going to charge you with an offense for reckless driving or obstructing a highway," Campbell said.