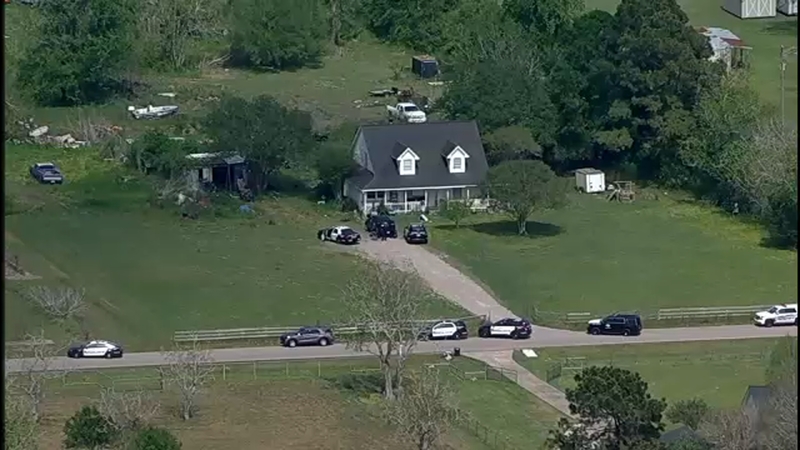 BRAZORIA COUNTY, Texas (KTRK) -- An hourslong standoff in Brazoria County has come to an end after the suspect was found hiding in the attic of a home, authorities said.

The standoff began Thursday afternoon after the suspect led police on a chase out of The Heights area in Houston. Police said they received a theft call at about 12:30 p.m. at 1504 Northwood.

From there, the suspect took off, sparking a chase that went down Highway 288, then FM 1462, and eventually ended at a home off CR 185 in Brazoria County.

Authorities in Brazoria County said they made multiple efforts, including gassing the home, to try and get the suspect out but he did not. Eventually, a special response team went into the home and found the suspect in the attic. He was also found to have a backpack with multiple catalytic converters.

The suspect, who was identified as Reece Crisp, had multiple warrants out for his arrest, according to authorities.

When questioned about the home the suspect was hiding in, authorities said it Crisp knows a woman who lives there. Their relationship is unknown.